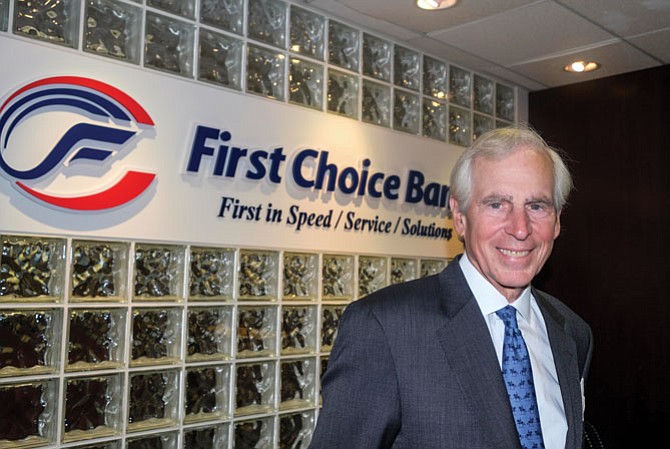 A number of locally based banks have grown through a recent spate of acquisitions, a trend of consolidation that’s also cut the ranks of institutions with headquarters in Los Angeles County.

The recent run started in October with two deals.

Cathay General Bancorp, No. 7 on the Business Journal’s list of L.A. County’s largest banks based on assets as of Dec. 31, bought SinoPac Bancorp, parent of Far East National Bank, No. 19 on the list, for $350 million.

PacWest Bancorp of Beverly Hills, No. 4 on the list, closed on its purchase of downtown Los Angeles-based CU Bancorp,

the parent company of California United Bank, which ranked No. 13.

The trend continued in February, with news of four bank acquisition either agreed upon or completed.

Pasadena-based Community Bank, Los Angeles County’s 10th largest by assets, according to the list, agreed to be purchased by CVB Financial Corp., parent of Citizens Business Bank of Ontario, for $878 million in cash and stock.

On Feb. 21, the San Diego-based Bank of Southern California said it would acquire Glendale’s Americas United Bank, No. 40, for $44 million in cash and securities.

Also last month, Pacific Premier Bancorp Inc. of Irvine announced an agreement to purchase downtown L.A.-based Grandpoint Capital Inc., the holding company of No. 12, Grandpoint Bank, in a deal valued at about $641.2 million.

The deals come at a time when banks have more cash on hand – and are more valuable – than in recent years. That extends from big banks down to the smaller ones.

“Publicly traded banks are trading at higher multiples, so they can pay more,” said Christopher Myers, president and chief executive officer of Citizens Business Bank, subsidiary of CVB Financial. “It’s the first opportunity since 2009 to 2011 to get pre-(Great) Recession pricing for selling your bank.”

CVB Financial said in a statement at the time it announced the Community Bank deal that it took advantage of the Pasadena-based bank’s willingness to sell in order to further diversify its customer base in an area where it already had a significant geographic presence.

Downtown-based Open Bank, No. 23 on the Business Journal list, plans to up its position as a publicly-traded institution. Open, which has about $900 million in assets, has filed for an initial public offering on Nasdaq from its current, over-the-counter position. Open’s IPO prospectus stated that it doesn’t have immediate acquisition targets, but also noted that being able to publicly-traded stock could give the bank a chance to make purchases.

The time might feel ripe in economic and political terms for M&A for some banks. The Trump administration has signaled plans to cut financial regulations and ease antitrust enforcement when it comes to most business mergers.

A stronger U.S. economy and strong employment, meanwhile, mean more money in customers’ pockets to pay off debt, which in turn improves their credit scores. It also means they are less likely to default on their loans.

The Fed’s plan to hike interest rates should benefit banks, too, making room to improve net interest margins, a key measure of profitability as the difference between interest charged on loans and amounts paid out on deposits. Rising rates, however, also carry the risk of increasing borrower defaults.

Add to those positive elements the tax reform that President Donald Trump signed into law last December, and banks have more money to spend, bankers say. Some of that money is expected to go into share buybacks, which will boost earnings.

“(The bank merger climate) is busier than it was,” said Robert Franko, president and chief executive officer of First Choice Bank, whose parent company plans to acquire Pacific Commerce Bancorp. “The new tax code makes it particularly (likely) to expect that (bank) prices will go up.”

“If your earnings after the buy are likely to be higher than before the acquisition, then that will likely give you an advantage over your competitors,” Franko added.

Although not a bank, downtown-based Hana Financial Inc. sold off its Small Business Administration lending business to Patriot National Bancorp Inc. of Stamford, Conn., for around $120 million of SBA 7(a) loans and the servicing rights relating to a loan pool of $370 million as well as the assumption of two loan securitization vehicles.

Having that kind of cash on hand has put the lender in a buying mood, according to one Hana Financial executive.

“We are looking into potential acquisitions from the proceeds of the sale,” said Patrick Shim, senior vice president of corporate strategy and administration at Hana.

Also motivating the recent buying flurry has been using acquisitions as a way to help pay for the cost of regulation.

Acquiring other lenders is one way banks boost their ability to cover those costs.

“The amount of compliance work, anti-money laundering work is profound,” Franko said. “If you can spread that over a larger base (via M&A), you can probably increase earnings compared to competitors.”

The Pacific Commerce Bancorp deal should help mitigate those costs.