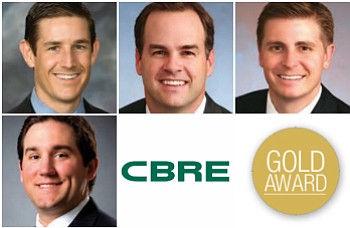 FivePoint Holdings, LLC along with other investors bought back the 73-acre Broadcom corporate campus in Orange County for $443 million. This massive parcel includes four large buildings under construction at Great Park Neighborhoods in Irvine. CBRE’s Todd Tydlaska, Kevin Bender, Jake Stickel and Anthony DeLorenzo represented Broadcom in this transaction, one of the largest, single office sales in Orange County in years. The purchase was being financed with more than $100 million in cash and $339 million in loans, according to reports. As part of the sale, the Broadcom site was renamed to FivePoint Gateway. Broadcom had originally purchased the site back in 2015 for $128 million.