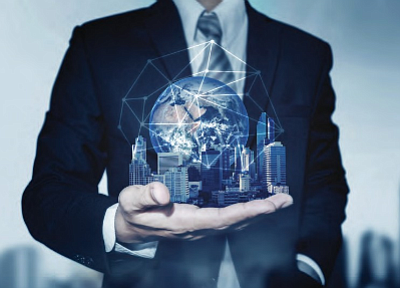 Rapid change is underway in the world’s commercial real estate industry, and the dynamics are in flux as the current investment cycle enters its latter stage. The industry continues to contend with differing property fundamentals across asset types, markets and regions, with occupier behavior, innovation and technology acting as key sources of change that are taxing the sector. The current interest-rate environment is another contributor to this change – albeit a somewhat limited factor.

These are some of the key trends noted in Avison Young’s 2018 North America and Europe Commercial Real Estate Forecast, released last month.

“We have spent the better part of three years debating where we are in the real estate cycle; for 2017, we dragged out a baseball analogy, pondering what inning we were in,” commented Mark E. Rose, Chair and CEO of Avison Young. “We concluded that the real estate industry was in the late stages of the game, but could be headed into extra innings. As we start 2018, the game is still going, but there is a clear and palpable difference. Change is underway and the dynamics on the field are in flux. Our industry needs to decide what to do next.”

Rose continued: “As we greet the New Year, however, a critical difference is that change is in motion – change that is positive, powerful and moving very quickly. This is the type of change that creates opportunity and allows for success. Those who cannot accept this new reality will dismiss it at their own peril.”

He added: “Interest rates are at historic lows and continue to stay low, but are moving up incrementally, as they really only have one way to go. Short-term interest rates are being properly – and effectively – normalized by central banks. There is stability and growth in the GDP of the G7, and rising interest rates are typical in this environment. Capitalization rates are another story. Commercial real estate has printed trades at historically low cap rates, but the bidask spread is widening – and acting as a brake on transaction volumes in major markets. The theory that interest rates will rise at the short end, but thinning spreads will keep cap rates in place, is not logical or supportable over the midto-long term. Cap rates and corresponding return requirements will eventually move as financing acquisitions becomes more expensive.”

Occupier behavior, states the report, is another source of change that is challenging the market and more fundamentally driving innovation and performance.

“Ultimately, these trends will prove beneficial as real estate is used more effectively and with greater cost efficiency,” said Rose.

Technology, including its impact on real estate solutions, is potentially the most exciting element of change in the commercial real estate industry. Technology adoption – including artificial intelligence – is gaining so much momentum that it is driving profitability and expanding capabilities exponentially.

Wellness in the workplace is another emerging trend that intersects with occupancy solutions, the hunt for talent and technology. Whole health, or the combination of physical and mental wellness, is critical to the success of all enterprises.

Rose concluded: “Change is good when it benefits an industry and its stakeholders. Rising interest rates and capitalization rates in 2018 – and beyond – will allow for more traditional pricing of assets based on a risk-adjusted real rate of return. Once the stalemate over prior cycle strategies and underwriting ends, growth should fuel more demand, reduce vacancies and cause rental rates to rise. When this change is combined with efficiencies captured by the latest technologies, we will welcome a new wave of demand, performance and innovation.”

“U.S. commercial property markets demonstrated further strength in terms of vacancy and pricing in 2017 and the recent tax reform legislation could have a positive impact on real estate and investors in 2018, in spite of the often-divisive issues facing the country,” commented Earl Webb, President, U.S. Operations for Avison Young. “While overall sales transaction volume fell for the second year in a row, domestic and foreign investors continue to view the U.S. as a safe haven with specific markets and property sectors registering gains. And as we forecasted at the beginning of 2017, an equilibrium was achieved between new supply of space delivered and overall incremental demand for space by occupiers. With modest interest-rate increases readily absorbed by both the debt and equity markets, cap-rate compression largely ceased during the year.” Webb continued: “An abundance of capital remains available for trades, pricing is strong and property markets are registering meaningful development in response to demand for modern properties. These factors will keep the U.S. commercial property market on its current upward trajectory through 2018.”

Webb added: “Likewise, trends seen in 2017 for the office sector are expected to continue in 2018. Aging inventory and tenant demands for on site amenities will bring further renovation and reuse of older and obsolete properties. These are often repurposed to alternative property types – we’ve seen office become residential, storage and even conversions to schools. Owners are setting aside under-utilized spaces, portions of lobbies and other common areas for tenant amenities, such as shared conference centers and gathering spaces. As well, landlords are building ready-to-occupy spec suites to attract smaller tenants, and are often directly competing with the expanding number of new co-working operators. From an occupier standpoint, the new lease accounting standard is one year away from taking effect and will, undoubtedly, cause occupiers to study the costs and benefits of leasing versus ownership seriously.”

• Office space under construction is 55% preleased with tenants demonstrating demand for new well-located and amenity-rich product.

The report goes on to say the rate of growth in e-commerce outpaced that of overall retail sales, and analytics will play a greater role as retailers embark on targeted and automated marketing campaigns. The need for omni-channel retailing has not abated, and successful retailers’ offerings include experiential retail and strong digital storefronts with speedy delivery.

• The U.S. industrial market’s growth is being fueled by logistics and distribution needs related to growing adoption of e-commerce and bridging the last mile in the supply chain. Data redundancy, technology and distribution have all contributed to driving vacancy lower, pushing rents higher and spurring a considerable amount of new industrial development. Big data and the Internet of Things will further push demand for data centers in this sector.

• U.S. industrial vacancy is expected to rise slightly to approximately 5.4% at the end of 2018 while 19 markets are forecasting vacancy to fall year-over year.

Supported by a period of historically low interest rates, investment sales volume rose each year between 2009 and 2015. In 2015, total volume nearly reached the 2007 peak of $572 billion on the back of a slate of megadeals and portfolio sales. After falling by 9% year-over-year in 2016, transaction volume in 2017 trended still lower through November 2017. Nevertheless, pricing was supported and an abundance of capital chased available deals. Select U.S. markets also reported significant, or historic, sale prices. Specific asset classes and key markets are performing well and this trend is expected to be amplified in 2018.

‘Change is good when it benefits an industry and its stakeholders. When this change is combined with efficiencies captured by the latest technologies, we will welcome a new wave of demand, performance and innovation.’ - MARK E. ROSE, Avison Young

“There is no question about the global appetite for industrial investments,” said John Kevill, Principal and Managing Director of U.S. Capital Markets for Avison Young. “With attractive financing options persisting and new tax legislation taking effect, capital markets should maintain their strength in 2018 – with even more real estate exposure possible from private investors. Of course, markets thrive on clarity; and with several macroeconomic shifts underway across all product classes, we expect that demand will continue to be strongest for well-established properties and institutional-quality offerings.”

“We expect several factors to influence real estate occupancy and capital-markets activity in 2018,” added Webb. “Real estate will provide attractive yields relative to stock-and-bond alternatives as the growth rate of the stock market should slow from that of 2017.”

He concluded: “Essentially, we expect rental stability to prevail in most markets. Although transaction volume will decline again, by as much as 10% to 15% in major markets, pricing should be buoyed by capital demands from all investors, thus offsetting any slight increases in borrowing costs.”