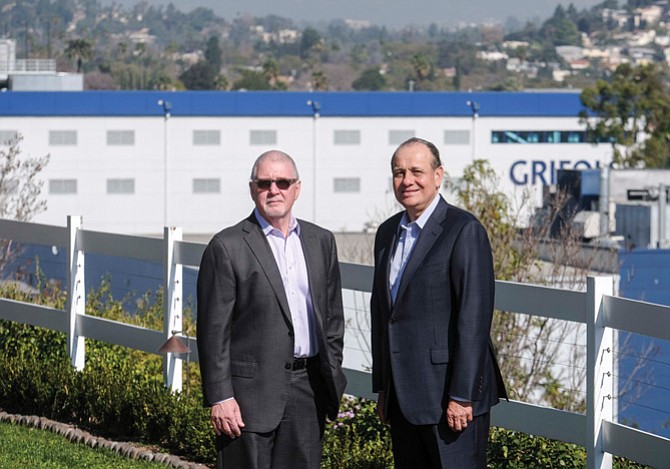 Some leaders of the growing Los Angeles biosciences industry deserve ample credit for recruiting the next generation of biotech workers and entrepreneurs.

But he’s also made it a mission to hire workers in and around his native east Los Angeles, home of the Spanish-owned Grifols S.A. plant in El Sereno.

“The most rewarding thing, for me personally,” said the soft-spoken chief executive during a recent visit, “is creating more job opportunities for the folks in the local community and Los Angeles.”

Grifols S.A. has poured $350 million into the 36-acre campus since it took over Alpha Therapeutic Inc. more than a decade ago, tripling the size of its El Sereno work force to 1,200 employees, with more expected in coming months.

Many point to its chief executive as the local guru for bioscience work force development.

Zuniga was born and raised in working-class El Sereno and nearby Lincoln Heights, and attended two years of college with a dream of becoming a medical doctor. Then he got married young, had a daughter, and hit the bricks instead of the medical library stacks.

He landed a job in 1979 at Alpha Therapeutic, starting as an entry level manufacturing tech producing blood-derived proteins. He was 21. He’s now company president, having worked in just about every area of the plant.

He went to nearby Cal State Los Angeles to finish his bachelor’s degree. But he never forgot his roots – not in El Sereno, nor on the factory floor.

Zuniga and other Grifols execs have since fanned out across East Los Angeles to spur interest in science and biotech – from grade schools to community colleges to four-year universities.

And Zuniga has never ceased to support his Cal State alma mater – now an emerging leader in biotech – where he serves on a presidential advisory board.

“We are very close partners with Grifols,” said Robert Lopez, spokesman for Cal State L.A. “They’re one of our strongest allies in the community.”

Grifols has hired more than 150 students in conjunction with biotech programs at local community colleges. More than 100 of its employees are Cal State L.A. grads.

“Willie has been, over the years, the leader of support for workforce development,” said Wendie Johnston, director of the Pasadena Bio Collaborative Incubator. “He’s so charismatic, the students want to follow him home. His message is: ‘You can make a difference in the lives of those who are born with defective immune systems.’ And the students, they want to help them.”

Johnston, grand dame of biotech instruction, has been no slouch in supporting the L.A. bio petri dish herself.

The diminutive professor of natural sciences at Pasadena City College retired in 2011 after 44 years, having anchored its biotech program and mentoring legions of promising science students.

She now serves as the director of the training program for the Pasadena Bio Collaborative – which she helped open in 2004. The organization provides hands-on biotech training at 10 community colleges throughout the region.

“Wendie has been a great partner of Cal State L.A.,” said Howard Xu, director of incubator development at L.A. BioSpace, during a ceremony for LA BioStart boot camp grads.

The veteran biotech executive with a Ph.D. from USC in biochemistry had launched his career at Baxter International Inc., moved into management at American Hospital Supply Corp. and Allergan Inc., before serving as chairman and chief executive of the now defunct AutoImmune Inc.