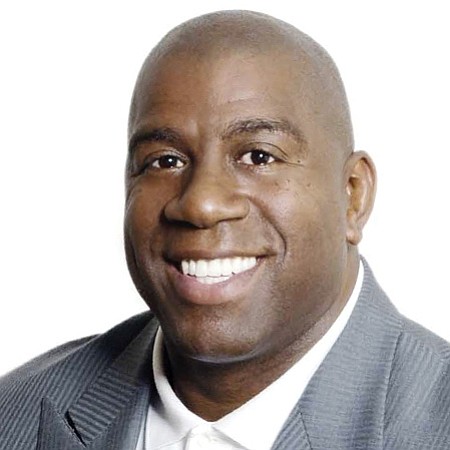 Earvin “Magic” Johnson has parlayed his skills from the basketball court to the boardroom as chairman and chief executive of Magic Johnson Enterprises. Last year he brought his skill set back to basketball in his role as president of basketball operations for the Los Angeles Lakers – and this year he landed LeBron James, the most coveted free agent in the NBA, for the team. Johnson retains interests in other teams, with stakes in MLB’s Los Angeles Dodgers, the WNBA’s Los Angeles Sparks, MLS’ Los Angeles Football Club and e-sports franchise Team Liquid. Through a newly formed fund, Johnson is investing millions of dollars on infrastructure improvement in the United States. He also is one of the leading investors in a number of minority-owned tech companies that include Uncharted Power, ShotTracker, Jopwell, Walker & Co. Brands and MiTú. In his early years Johnson forged an alliance with Sony Pictures to develop Magic Johnson Theatres.