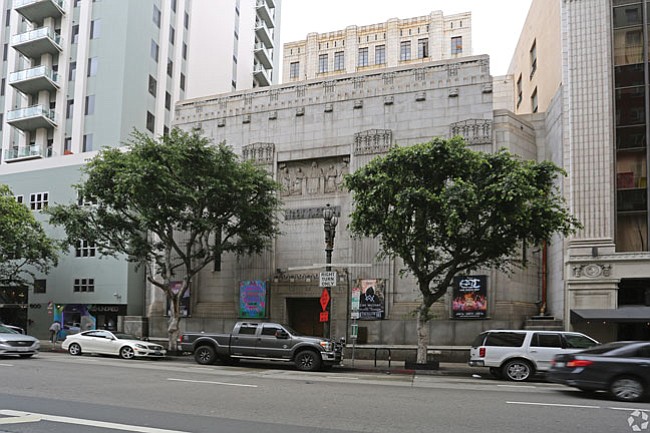 A strong economy, heightened regulatory standards for banks, and a greater appetite for risk among many investors has led to brisk growth for non-bank lenders, a trend that’s played out with recent deals in Los Angeles.

Non-bank lenders have tripled their market share of the home loan industry in the past decade. Their overall loan activity in the sector has grown to nearly 40 percent. The gains came as traditional banks – local and national – have taken steps back from mortgage lending. (For data on the current lending market, please see the Banking & Finance Quarterly charts starting on Page 22.)

Non-bank lenders – sometimes referred to as shadow banks – lend money like regular banks, but typically at higher interest rates, often in the high single digits or low double digits. They’re also less burdened by regulation, which means they can provide loans to clients quickly – usually in days instead of the weeks or months it might usually take a traditional bank.

Waiting for banks to approve a loan can mean the difference between companies’ success or failure at getting projects off the ground towards the end of an economic growth cycle.

The building’s upper floors hadn’t been updated since the 1980s, Good said. The owner planned to gut them for a renovation that would turn them into a co-working space.

“The owner couldn’t go to a bank or permanent lender, nor did he want to, because the bank wouldn’t like the vacant uninhabitable space, and wouldn’t lend on the vacant space,” Good said.

iBorrow supplied the money at a 10.25 percent annual interest rate, enabling the renovation plans to get underway.

Banks for the memories

Memories of the financial crisis and the public and political backlash against banks have led to more regulation by way of the Dodd-Frank Act. The public’s anger at taxpayer bailouts of large banks led to large legal settlements and fines imposed against some of the nation’s largest lenders.

Additional regulations enacted since the Great Recession have limited bank flexibility as well.

“The big banks got burned last time around in the mortgage market by originating loans that failed at high rates,” said Daren Blomquist, senior vice president at Attom Data Solutions, an Irvine-based property data provider. “There remains the bitter aftertaste of financial crisis in their mouths.”

The same government crackdown on risky bank practices has opened the door for less-regulated non-bank lenders to enter the market and grow.

Non-bank mortgage originators and services represented nearly half of the mortgage originations nationally in 2016, up significantly from only about 20 percent in 2007, according to a March 2018 study by the Brookings Institution.

“The extremely high share of nonbank lenders in FHA and VA lending suggests that non-bank failures could be quite costly to the government, but this issue has received very little attention in the housing-reform debate,” the Brookings study said.

Big banks have cited low margins and greater government scrutiny as reasons why they’ve steered away from residential mortgage lending. The numbers seem to back up those contentions.

Nationally, non-bank lenders write 38 percent of all home loans – more than triple their share a decade earlier, according to an April 2017 study by researchers at Stanford University, Columbia University and the University of Chicago.

Locally, during the first quarter of 2018, non-bank lenders dominated the list of top 10 originators of purchase or refinance loans for single-family homes and up to four-unit apartment buildings in Los Angeles County.

JPMorgan Chase & Co. and Wells Fargo & Co. were the only two of the nation’s six largest banks to make the top 10 lenders list with 989 and 644 loans, respectfully, originated locally.

Meanwhile, United Wholesale Mortgage and loanDepot.com each reported home mortgage originations rose by at least 27 percent nationwide, according to Attom.

Industry insiders describe a more stable market than a decade ago.

“There are better financial regulations in place,” Good said. “There now is better oversight that’s still there. It gets looser and looser every year, but it has held.”

Conventional wisdom says that the nation is in the late stages of the current economic growth cycle. With some pundits predicting a recession either next year or in 2020, certain investors will likely acquire debt quickly before the next market downturn.

“There is a ton of competition, and it’s really driven (interest rates) down,” said Paul Rahimian, chief executive of Parkview Financial, a Westside-based construction lender.

Hundreds of non-bank real estate lenders in the U.S. have formed, many in recent years, according to Jan Brzeski, managing director and chief investment officer at Arixa Capital, a Westside-based firm.

Some of the newcomers have relaxed lending criteria, bringing in higher leverage in areas of the market that will get exposed during the next recession, he said.