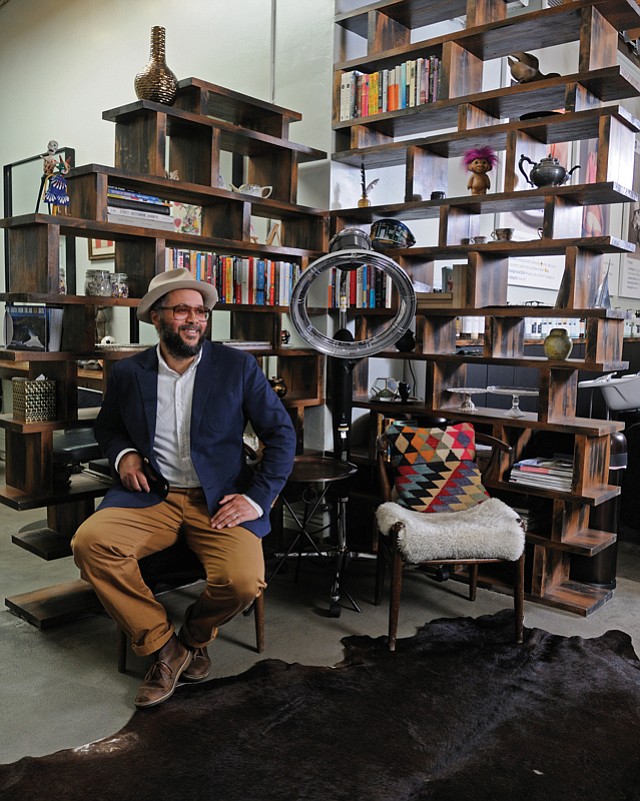 Beach Be Gone: Mohapi has had enough with the pervasive “beachy wave” hairstyle. Photo by thomas wasper

He’s not talking about the blue Pacific lapping our local shores, but a hair trend so ubiquitous that Googling “beachy waves” leads to multiple video tutorials on the proper way to combine loose waves with blond highlights to achieve a naturally sun-bleached effect. The carefree look apparently takes a lot of work.

“Some salons, all they do is churn it out, and that’s all they do,” Mohapi observed during a recent conversation at his Melrose salon in West Hollywood, opened seven years ago in March. Benjamin Salon opened a downtown Arts District location in July 2016, and during the past couple of years has had pop-up shops at various locations in San Francisco and New York.

Right now, Mohapi – who left his hometown of Clacton-on-Sea in Essex, England at age 16 for London to launch a career as a session stylist for fashion, advertising and video shoots – is more interested in hair design as a social statement. For this stylist, hair shares much in common with street art and contemporary music.

“(We are) making the conversation between hair and culture a very solid one,” he said. “People are coming back to haircuts, but still coming back to them as a flag, as a point of

identity, rather than a point of vanity.”

That’s a complicated concept, but Mohapi said a blend of current trends suggest that clients are thinking less about matching some magazine cover standard of beauty, and more about hair as reflective of individuality and attitude. At the same time clients want more natural colors and textures, he said, distinctive, sculptural haircuts are replacing an overall mussy, chopped, “beachy” look.

With a salon in the heart of the entertainment biz, Mohapi has plenty of star clients, but said he doesn’t really care about celebrity.

“I was always more interested in photographers, directors, writers, stylists, tastemakers,” he said. “For me, those are the people who make the city what it is.”

Benjamin Salon itself reflects the notion of hair as an artistic and cultural statement, with a look that combines contemporary California design, street art, high art, thrift shop finds, shelves of books and a little bit of Victorian London in the form flowery china tea sets and a vintage fireplace directly across from his work station.

Mohapi’s own fashion statement seems somewhat anti-hair: He is never seen without a hat.

But this comes with an explanation: When he first moved to sunny L.A. from foggy London, he ended up with a sunburned head. Luckily, Los Angeles is a place where a hairdresser in a hat is perfectly OK.

“There is something about being in a place that is new and exciting,” Mohapi said. “When you come to a place like this, you are allowed to do whatever you want. It will be accepted or it won’t be accepted based on its merits.” 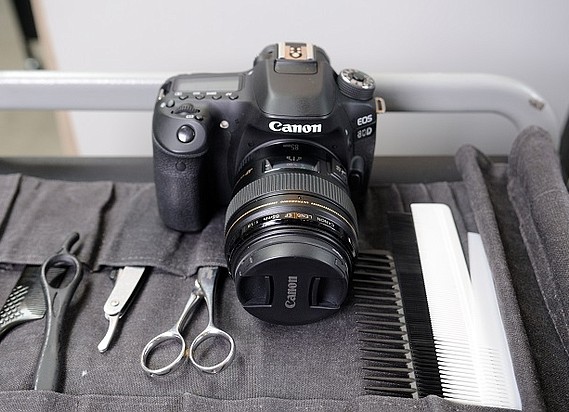 “So much of my career was spent behind the camera as the hairdresser on set, my understanding of hair and that culture comes from that medium.” (photo by Thomas Wasper) 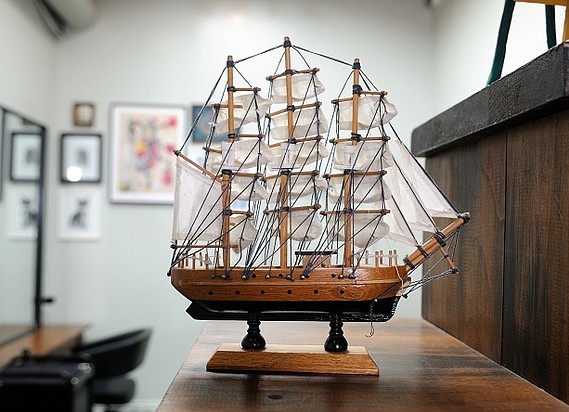 A swap meet find, the Mayflower model speaks to Mohapi’s taste for travel, adventure and escape (photo by Thomas Wasper) 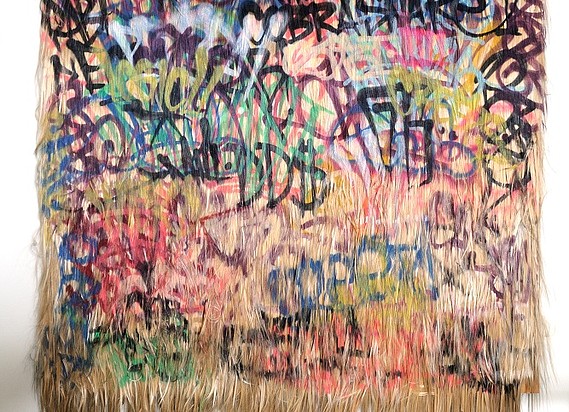 Benjamin Salon and Stephen Webster London jewelers’ Beverly Hills location collaborated on this street energy artwork, which served as a backdrop for a jewelry display. Benjamin Salon kept the wall, fashioned of “bags and bags and bags” of hair extensions. (photo by Thomas Wasper) 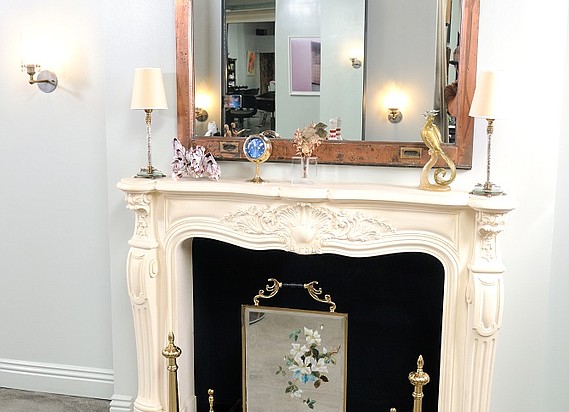 A little touch of Victorian London meets contemporary L.A. Mohapi embodies both in “a sense and need to honor tradition, and a sort of burning desire to smash it all up.” (photo by Thomas Wasper) 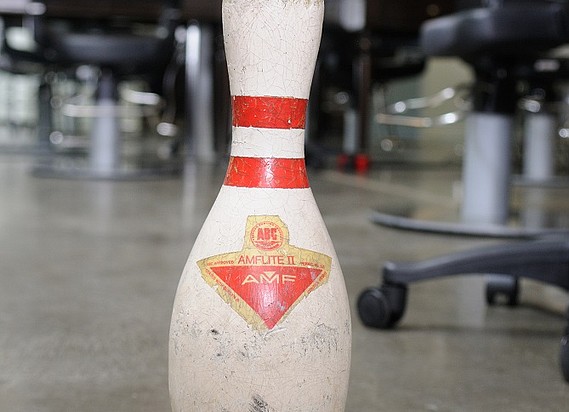 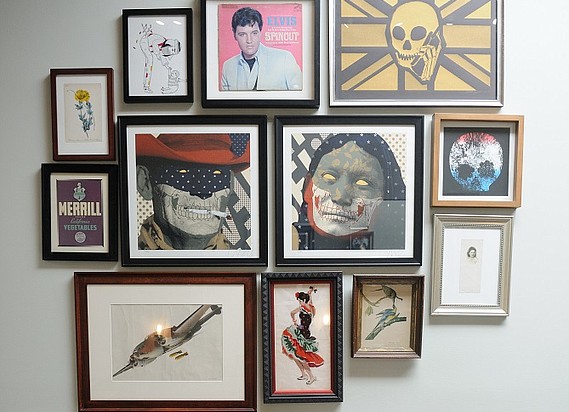 “I definitely see what we do here as part of a wider creative culture…it falls absolutely in the world of art.” (photo by Thomas Wasper)