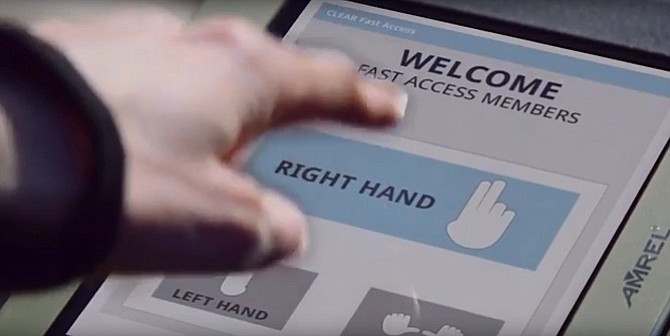 Fans looking to enter Banc of California Stadium may soon be able to scan their fingerprint instead of presenting a physical or digital ticket.

The Los Angeles Football Club announced June 11 that it would partner with biosecurity company Clear, making it the third Major League Soccer team to do so, after the San Jose Earthquakes and the New York City Football Club. Upwards of 10 other professional sports teams across the country have also adopted the technology, including the Atlanta Braves, Detroit Tigers, Seattle Mariners, San Francisco Giants and Oakland A’s.

The technology is patented by Alclear – the parent company Clear, which it bought out of bankruptcy in 2010. To help visitors move seamlessly through security checkpoints, Clear links their personal, previously established identifying documents to their physical characteristics, such as their iris, fingerprint or facial structure.

Clear technology requires those waiting in line at an airport to blink their eyes for an iris scan or allow their fingerprint data to be read, but members need only provide a fingerprint to pass through security at stadiums. In order to become enrolled in the technology, people must provide their passport or a state-issued ID, which will be digitally authenticated by the system and then paired with and individual’s biometric data.

Alclear, which is privately held, said it also plans to use Clear’s biometric capabilities, which it claims are more secure than the average credit card, to facilitate concession stand and merchandise purchases.

CLEAR Sports: The Fastest Way into the Ballpark