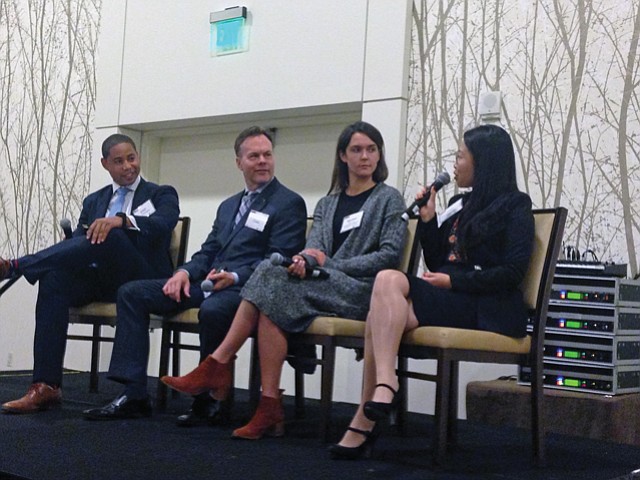 Providence St. Joseph Health, which operates seven hospitals in Los Angeles County, has launched a broad strategic plan it says will both help patients and drive down costs.

The newly announced Building to Health 2.0 calls for the Renton, Wash.-based health care system to move well beyond its traditional hospital-based care into a broad array of outpatient medical services and digital product innovations.

“Health care is changing dramatically, from the government side to the disruption of health care,” said Dr. Rod Hochman, chief executive of the $24 billion Catholic-sponsored nonprofit, in a phone interview. “So we came up with Healthcare 2.0, with some basic principles.

“We have to take care of people’s health, not just when they’re sick.”

Providence St. Joseph is the nation’s third-largest nonprofit health system, with 50 hospitals in seven states, and $7.5 billion in revenue last year. Its Southern California operations include its seven hospitals in L.A. County, another six in Orange County, and one in the Apple Valley in San Bernardino County.

The goal is to see Providence get somewhere between 20 percent and 40 percent of its revenue from diversified sources by 2020. One way it hopes to get there: doubling its number of urgent care centers to 50.

“We’re going to continue to focus – and be more focused – on the ambulatory environment,” said Erik Wexler, chief executive of Providence St. Joseph Health Southern California. “We want to be out in the community where people live.”

Each said how the L.A. area has made strides toward becoming a national center of biosciences. But each trumpeted the need for L.A. to better market its success in order to draw more venture capital fuel for bio start-ups.

“It’s really a marketing problem,” said Li, of NantHealth, part of a biotech conglomerate owned by Los Angeles billionaire Patrick Soon-Shiong. “We are a lot more than Hollywood and sunshine.”

The venture capitalists will come, Hoffman added, “if they know that deals can be made.”

The Los Angeles County Medical Association will induct the first African-American president in its 147-year history later this month.

Freeman, a geriatric psychiatrist affiliated with Dignity Health California Hospital Medical Center downtown, has been in practice for more than 20 years.

Molina Healthcare Inc. announced it had named Thomas L. Tran to be its new chief financial officer and treasurer on June 4.

Tran, a former CFO at WellCare Health Plans Inc., replaces Joseph W. White, who has retired nearly a year after stepping into the post in the wake of the ouster of John Molina, Jr., son of the company’s founder, who left as part of restructuring by the Long Beach-based, Fortune 500 managed care health insurer … Children’s Hospital Los Angeles appointed Pat Levitt as its first chief scientific officer.

Levitt, a research scholar and neuroscientist, will begin July 1 scientific, administrative and financial oversight of all research at the east Hollywood hospital, and continue to serve as director of the CHLA’s Saban Research Institute.

Staff reporter Dana Bartholomew can be reached at dbartholomew@labusinessjournal.com or at (323) 556-8333.