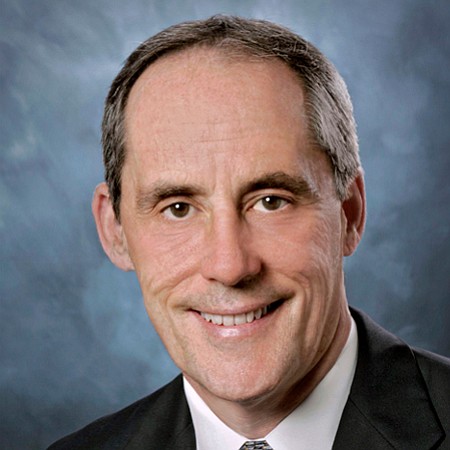 Thomas Priselac has been president and chief executive of the Cedars-Sinai Medical Center since 1994. He is also president and chief executive of Cedars-Sinai Health System, a newly created entity via the partnership between Cedars-Sinai and Torrance Memorial Medical Center, which became official in early 2018. Priselac has spent 39 years with the health system, which is the largest nonprofit hospital in the western United States. He previously was on the executive staff of Montefiore Hospital in Pittsburgh. Priselac serves on the board of councilors of Charles R. Drew University of Medicine and Science, and is a member of the Los Angeles Coalition for the Economy and Jobs. He served as chairman of the American Hospital Association, the Association of American Medical Colleges and the Hospital Association of Southern California. He is a past chairman of the American Hospital Association Board of Trustees and the Association of American Medical Colleges. He holds the Warschaw/Law Endowed Chair in Healthcare Leadership at Cedars-Sinai Medical Center and also serves as an adjunct professor at the UCLA School of Public Health.

The birth of my children

Continuing to advance Cedars-Sinai Health System as one of the nation's leaders in patient care, education and research

The diversity of Los Angeles in every dimension