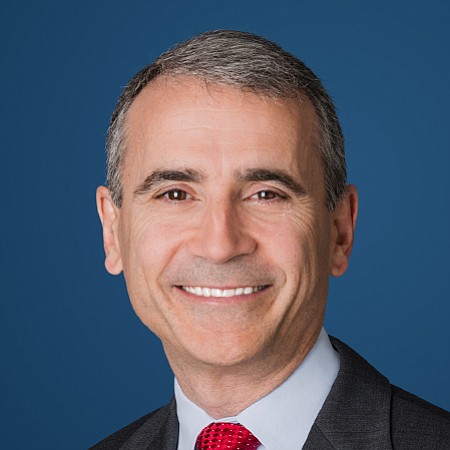 Steven Isakowitz, a longtime leader in the space and technology sectors, has served since 2016 as president and chief executive of Aerospace Corp., the federally funded research and development center for the U.S. Air Force. The nonprofit company for more than 50 years has provided engineering and analyses to the Air Force and other Department of Defense organizations. The company has more than 3,900 employees and annual revenues of about $983 million. Isakowitz has held prominent roles at Virgin Galactic, the U.S. Department of Energy, NASA and the White House Office of Management and Budget, where he oversaw $50 billion in federal science and technology programs, which included NASA, NOAA, and the National Science Foundation. He serves on advisory boards at Massachusetts Institute of Technology and Cal State Long Beach. He co-authored the International Reference Guide to Space Launch Systems.

Being a part of historic moments in America’s space program from devising efforts in space exploration, enabling critical space missions in national security, and starting up new companies in the burgeoning commercial space arena.

Those who risk their lives to keep our country safe and secure.