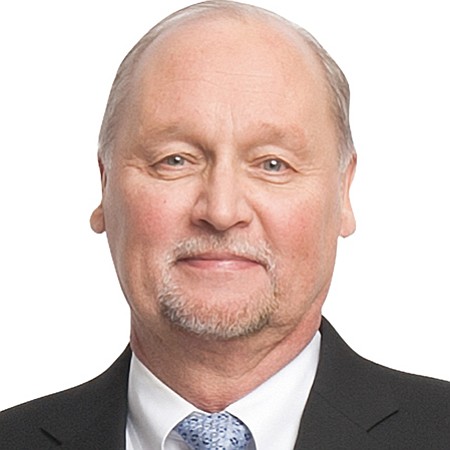 Richard Yuse is vice president of Raytheon Co. and president of Raytheon Space and Airborne Systems. Raytheon is a technology company specializing in defense, civil government and cyber security solutions. It has 64,000 employees and reported 2017 sales of $25 billion. Yuse joined Raytheon in 1976 and has held positions of increasing responsibility on a variety of programs, from system architecture and design to flight test director and program manager. Leadership roles included serving as vice president of Integrated Air Defense for Raytheon Integrated Defense Systems and serving as president of Raytheon Technical Services Company, where he guided the business through growth and helped cement Raytheon’s position as a global leader in training services for government and commercial customers. Yuse earned bachelor’s and master’s degrees in electrical engineering from Northeastern University. He serves on the school’s corporation governing board, as well as on the board of directors of the Space Foundation.

Earned both a bachelor’s and master’s degrees in electrical engineering from Northeastern University, where (I am) now a member of the university’s Corporation Governing Board.

The diversity for sure ..... the culture, the thinking, the cuisine and all the benefits diversity brings with it. I grew up in Cambridge, Mass., which is incredibly diverse and it shaped my thinking. L.A. is like that ..... and, well, there is the weather, too.