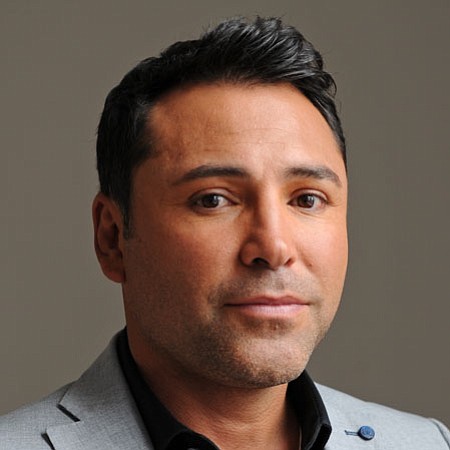 Boxer Oscar De La Hoya became known as the “Golden Boy” after winning a gold medal at the 1992 Olympics at age 19; he went on to win 10 world titles in six different weight classes. Among the most popular boxers in the sport’s history, De La Hoya generated hundreds of millions of dollars from his pay-per-view fights before he retired in 2009. He founded Golden Boy Promotions in 2002, building it into one of the most active promoters in the boxing industry. Golden Boy Promotions recently announced a partnership with Facebook to bring live boxing and original programming to the social media platform. De La Hoya is founder of the Oscar De La Hoya Foundation, which aims to serve the people of East Los Angeles through the Oscar De La Hoya Ánimo Charter High School, Cecilia Gonzalez De La Hoya Cancer Center and Oscar De La Hoya Children’s Medical Center.