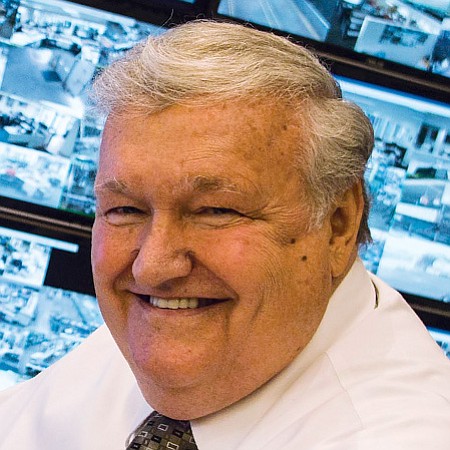 Donald Friese is chief executive of C.R. Laurence, a glass products company that he sold in 2015 to Ireland-based building supplier Oldcastle Building Envelope for $1.3 billion. Friese still owns land underneath all C.R. Laurence facilities in Vernon, a real estate portfolio with an estimated value of $300 million. Friese, No. 51 on the Los Angeles Business Journal’s list of Wealthiest Angelenos, has an estimated net worth of $1.3 billion. He gave his C.R. Laurence employees $86 million in the days after the sale to Oldcastle closed. Friese headed to Los Angeles with $125 in his pocket and joined C.R. Laurence in 1961 as a warehouse worker. He worked his way up the ranks, ultimately becoming the owner and expanding the company’s reach globally.