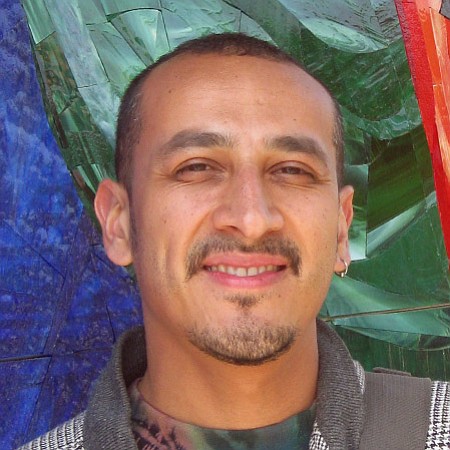 Daniel Hernandez is editor of L.A. Taco, an online platform that’s dedicated to Los Angeles news and culture and draws a multi-cultural millennial audience. Hernandez has been a staff writer for the Los Angeles Times and the LAWeekly. He started working with Vice, the youth culture media platform, in Mexico, and ultimately became its first Mexico City bureau chief. He was a producer and correspondent for “VICE News Tonight” on HBO and helped launch a digital startup geared at Latino millennials called Raze. L.A. Taco launched in 2006 with coverage of Los Angeles’ tacos and street art. Hernandez this year has shifted the site toward a position as a news-first platform, with continuing features on tacos and art. Hernandez contributed to the L.A. Times’ 2004 coverage of Southern California wildfires that won a Pulitzer Prize for breaking news, he was named 2006 Emerging Journalist of the Year by the National Association of Hispanic Journalists, and he is a 2018 MacDowell Colony fellow.

Buying a bootleg copy of a documentary I made for VICE News at a street market stall in Mexico City. Better than an Oscar!

Building L.A. Taco into the next go-to source for news and food content in Southern California, launching premium video content, and then hopefully, launching Taco sites in other cities.

Ruben Salazar, Joan Didion, Hunter S. Thompson, Oscar Zeta Acosta, Mike Davis and anyone who identifies and stands up against injustice in Los Angeles and in the world.

The contrasts and contradictions, and the multiplicity of textures, tastes, sounds, colors and secret worlds.