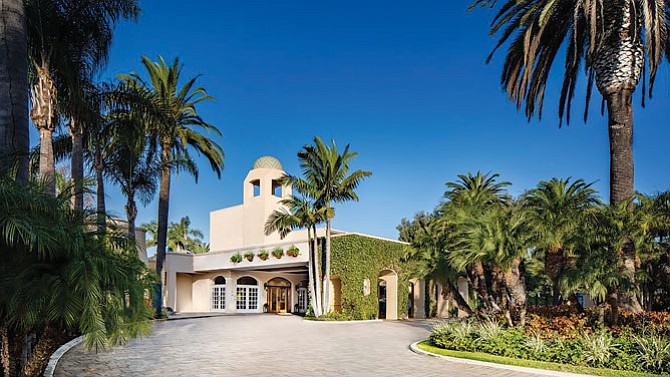 Terms of the deal for the 408-room hotel in the Back Bay section of the toney coastal town weren’t immediately disclosed; Woodridge took out a $78 million loan to finance the deal, according to trade industry reports. That works out to about $191,000 per room for the 26-acre Newport Beach resort.

Representatives of Woodridge Capital could not be reached for comment in time for publication.

The hotel is the only known investment in Orange County for Woodridge and Michael Rosenfeld, the firm’s chief executive, who also has led the ongoing redevelopment of Century Plaza along the Avenue of the Stars in Century City. The site, where a 19-story, arc-shaped building formerly served as a Hyatt Regency, is now amid an estimated $2.5 billion mixed-use renovation and redevelopment that’s expected to lead to a reopening of the property under the Fairmont Hotel and Resorts brand next year, according to recent reports.

The hotel is across the street from the Westfield Century City mall, which recently got a $1 billion makeover that’s won plaudits for putting the retail center in line with the upscale base of customers in its draw area, which includes a workforce from nearby offices as well as residents from nearby areas such as Brentwood and Beverly Hills.

Woodridge Capital bought the Century City hotel from Aliso Viejo-based Sunstone Hotel Investors Inc. for $367 million in 2008, and it dealt with the same company in the acquisition of the Newport Beach hotel.

Sunstone valued the Newport Beach hotel at about $62 million – roughly $152,000 per room – according to its latest annual report. The hotel is subject to a ground lease that runs through 2048; the owner of the underlying land is an entity based in Santa Ana.

The ground lease is the main reason the property’s sales price was lower than other Newport Beach hotel deals of late; Sunstone’s last sale of an OC property, the 444-room Fairmont Newport Beach, went for $125 million or about $282,000 per room.

CoStar Group Inc. records indicate that the just-completed sale of the Hyatt Regency is nonetheless the priciest hotel deal in OC since the Fairmont deal, which took place in February 2017.

A redevelopment of the Hyatt Regency is a possibility for Woodridge, according to a report in trade publication Commercial Observer. The company did not return calls for comment on the acquisition.

The Hyatt Regency Newport Beach currently operates under a management agreement with Hyatt that expires in 2019, with options to renew, according to Sunstone’s latest annual report.

The hotel’s average daily rate stood at $159 at the end of 2017, up 2.7 percent from year-ago levels, according to Sunstone’s regulatory filings. It counted a 74 percent occupancy rate for the last quarter of 2017, according to those filings.