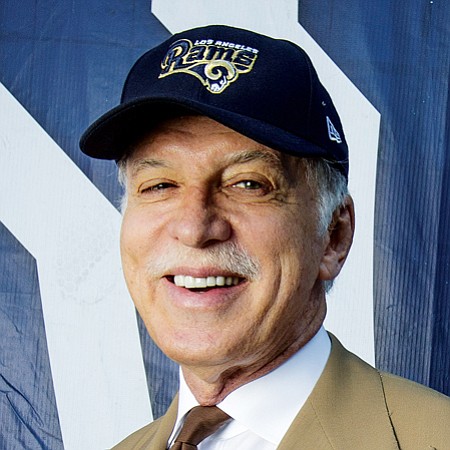 Real estate and sports mogul Stan Kroenke became principal owner of the St. Louis Rams in 2010 and led the effort to return the team to Los Angeles after a 21-year absence. Other holdings of his company, Kroenke Sports & Entertainment, include the NBA’s Denver Nuggets, the NHL’s Colorado Avalanche and a majority share of English soccer’s Arsenal Football Club. Kroenke is personally financing the construction of the Los Angeles Stadium and Entertainment District at Hollywood Park in Inglewood. A recent report indicates he and his wife, Ann Walton, an heiress to the Walmart fortune, are investing $1.6 billion in the Inglewood stadium, a project that is now estimated to cost upward of $4 billion. The district will include a 70,000-seat stadium, a 6,000-seat performing arts venue and other properties including office and retail space. Kroenke also has built a media presence, launching the Altitude Sports & Entertainment network in 2004. The venture is the official TV network of the Denver Nuggets and Colorado Avalanche, Mammoth and Rapids teams.