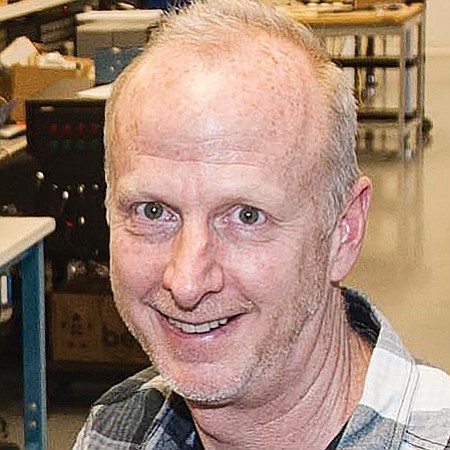 Chet Pipkin launched internet-connectivity device company Belkin International in 1983 out of his parents’ garage in Southern California, making computer cables and selling them to local computer manufacturers and dealers in response to the growing personal computer market in the 1980s. Belkin has grown to 1,400 employees and sells its products in more than 50 countries. Belkin operates through a number of brands, including Linksys, which it acquired in 2013 from Cisco, and Wemo, which sells connected webcams, light bulbs, outlet meters and water gauges. Pipkin serves on the board of directors of YMCA of Metropolitan Los Angeles and is president of the board of trustees of the Da Vinci Schools, a public charter school network. Foxconn, the Taiwanese manufacturing company that makes iPhones, acquired the Playa Vista company in March for $866 million. The cash deal included Belkin’s associated brands Linksys, Wemo and Phyn. Pipkin continues to operate Belkin as a subsidiary of Foxconn.