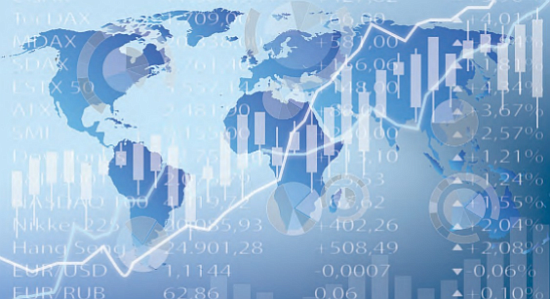 After exceeding expectations in 2017, the global economy is projected to carry forward its current momentum to generate a 3 percent growth rate through 2018, according to The Conference Board’s latest Global Economic Outlook.

“The Conference Board Global Economic Outlook 2018” provides projections for the output growth of the world economy, including 11 major regions and individual estimates for 33 mature and 36 emerging market economies for 2018–2022 and 2023–27.

“Global growth has finally left the starting gate since the global economic and financial crisis,” said Bart van Ark, Chief Economist of The Conference Board. “GDP growth, which we predicted to grow at 2.8 percent a year ago, is likely to end at about 3 percent for 2017, and through 2018.”

While the growth path of mature markets will remain solid in the short term, potential for much faster growth is limited, and a growth slowdown is likely to set in later in the decade. “As some major emerging markets are maturing themselves, especially China, they are unlikely to return to growth trends of the past,” added van Ark. “The good news is that a larger role for qualitative growth factors—an improvement in labor force skills, digitization, and especially stronger productivity growth—may help sustain growth and provide better conditions for businesses to thrive over the next decade.”

Momentum in mature economies increased during 2017, which sets them up to continue growing at a decent pace in 2018 compared to the previous five-year average of 1.8 percent (2012–2017). Mature economies are projected to grow by 2.1 percent in 2018 compared to 2.2 percent in 2017. The US economy will especially benefit from carrying stronger investment growth into next year. By the middle of 2018, several European economies may see some weakening of cyclical tailwinds and fall back to their medium-term growth trend. These slowdowns will mostly be quite modest.

On the other hand, Japan and the UK are projected to slow more dramatically in 2018.

EMERGING MARKETS TO GAIN SOME STRENGTH

Emerging markets will continue to gain some strength in 2018 (projected to grow by 3.8 percent, compared to 3.7 percent in 2017), but there are significant differences across countries. China had somewhat stronger growth in 2017 than anticipated, due to a revival in exports and ample government support of the economy in the run-up to the once-every- five-year Party Congress in October. But China will continue its long, soft fall going into 2018. India, which had a weaker-than-expected year due to implementation difficulties with major policy initiatives, such as the demonetization of large currency notes and the introduction of a country wide goods and services tax, will see improved growth in 2018, largely driven by consumption. Brazil will continue to recover slowly from a deep economic crisis, while Mexico is likely to face more headwinds from uncertainty around the NAFTA negotiations and domestic policy uncertainty related to upcoming elections in 2018.

The Conference Board warns that several factors may limit the period during which the current strength in the global economy may continue:

• The growth uptick in 2017 reflects a combination of unique events, including the stabilization of energy and commodities prices, improved business confidence based on hopes for fiscal stimulus and tax reforms by the new US administration, a cyclical recovery in Europe, and China’s policy-driven growth stimulus. These events are unlikely to provide sustained growth going forward.

• A less-than-convincing recovery in investment may limit the speed with which technology can be translated into productivity growth.

• A slowdown in consumption growth is possible in several countries, as real wage growth remains slow, even as labor markets tighten.

• Global trade growth may remain modest at best in light of a shift in growth toward less trade intensive categories of services, such as retail and personal and government services, causing a slower medium-term growth path, especially for emerging markets.

• Policy and geopolitical risk may also distort the growth path in 2018. Some of those risks are related to domestic policy, especially in the United States, India, and China. Others are more geopolitical and geoeconomic in nature, related to a possible fallout from dragging negotiations on Brexit and other threats to Europe’s stability, an acceleration in protectionism or even a trade war between the US and China, and increased risk of political or even military conflicts in different parts of the world.

Long-term economic trends and structural changes pose even bigger risks in the global economy. Slow labor force growth due to aging populations, troubles with translating technology into productivity, and unequal distribution of the benefits of technological change have limited the potential size of the economy. Unfavorable corporate tax regimes and business regulations may be additional structural factors hindering business investment.

STRENGTHENING THE QUALITATIVE SOURCES OF GROWTH

The Conference Board’s Global Economic Outlook identifies several forces that could help strengthen the quality of growth and make it more sustainable over the next decade:

• Labor shortages may help induce faster investment growth especially in sectors with high demand for scarce talent. This increased capital intensity is a source of labor productivity growth, particularly for Europe, the United States, and other mature economies.

• Investment growth can also be sustained by improvements in the “quality” of capital, caused by a shift toward more investment in machinery and equipment and a greater concentration in digital assets and services.

• The impact of digital technology investments on business productivity growth may only become more pronounced over time. In recent years, the biggest companies have, on average, widened the productivity growth gap relative to the larger segments of small and medium-sized companies by making the complex digital transformation process work to their benefit.

• Emerging markets with substantial scope for “catch up” growth will see strong contributions from quantitative growth sources, in particular labor force growth and investment. At the same time, they’ll be increasingly challenged to raise their qualitative growth contributions as they transition from primarily export and investment-driven economies to ones more dependent on domestic growth factors, notably consumption and services sector growth.

• The skill composition of the workforce is another critical qualitative growth component. Emerging markets still have substantial scope to bring better educated and skilled workers into the labor force as the less educated retire. Mature economies have to zoom in on critical talent shortages arising from slower labor force growth.

For more information on The Conference Board Global Economic Outlook, please visit www.conference-board.org