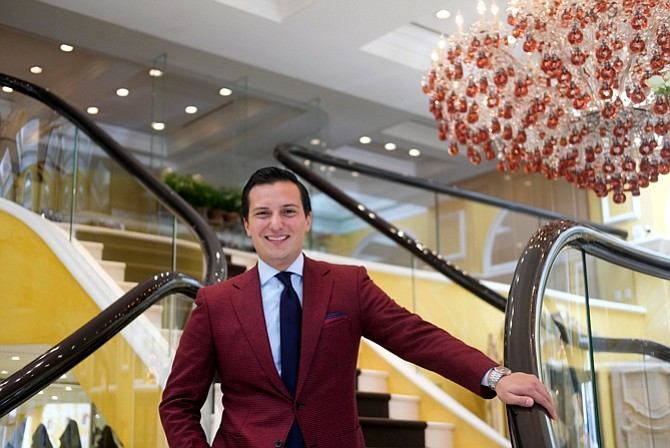 Los Angeles played a leading role as California saw a record number of new hotels open their doors last year, according to a report released this month by Irvine-based hotel brokerage Atlas Hospitality.

The number of new hotel rooms that opened in Los Angeles County increased 300 percent last year to about 4,300 rooms from about 1,100 in 2016, Atlas reported. The increase came as 23 hotels debuted over the year, including the Intercontinental Los Angeles Downtown, the Waldorf Astoria Beverly Hills and the Hotel Indigo Downtown Los Angeles.

The Intercontinental Los Angeles Downtown was the single largest hotel to open in the state with 889 rooms.

L.A. County looks set for another robust round of additions with more than 5,300 rooms under construction as 2017 ended, according to Atlas. The county also has more hotel rooms planned – on the drawing board but not yet under construction – than any other county in the state. There are nearly 34,000 rooms currently planned here, up 20 percent from the prior year, according to Atlas.

There are about 80,000 rooms planned statewide. The next closest region was San Diego County, which planned more than 16,000 new rooms.

L.A. competes with San Diego and Orange County for conventions, but tourism officials say that its smaller convention center and relatively limited number of hotel rooms near the center puts it at a disadvantage.

The store, founded by designer Bijan Pakzad on Rodeo Drive in 1976, plans to open a store in the Wynn Las Vegas in February, according to a company spokesman.

The Las Vegas location will be open to the general public – a shift from the appointment-only approach of the Beverly Hills location.

Pasadena-based Blaze Pizza is beefing up its leadership with a handful of veteran restaurant hires.

The company announced this month the addition of Mandy Shaw, former chief financial officer for the international division of Bloomin’ Brands, as chief financial officer; Julie Price, former director of development at Steak n Shake, was hired to fill a new position as vice president of franchise sales; and Vafa Mansouri, involved with food safety at Shake Shack and in the Yum! Brands international division, joins Blaza as director of food safety, also a new position. Chief Development Officer Carolyne Canady was promoted to another new position as president of international.

The Pico Rivera facility serves 16 stores in L.A. and Orange County and teaches up to 90 Wal-Mart supervisors and managers a week retail-related skills, the chain said.

It is the 185th such center in the country for the Bentonville, Ark.-based company, which reported revenue of more than $485 billion for the year ended Jan. 31.

Wal-Mart has 2.3 million employees globally, according to its website.

Staff Reporter Caroline Anderson can be reached at canderson@labusinessjournal.com or 323-556-8329.