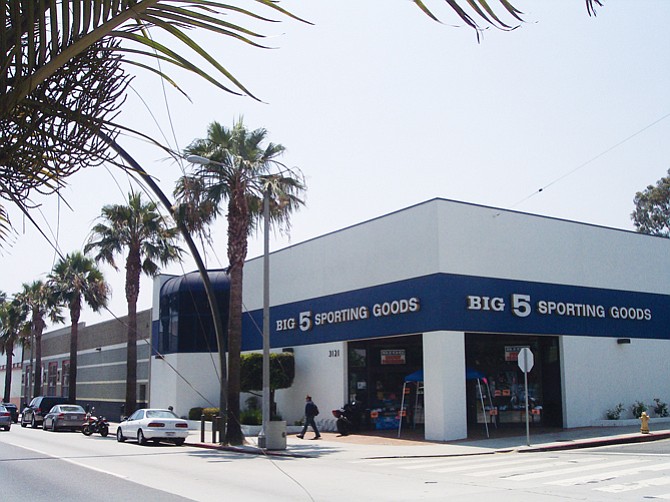 El Segundo-based Big 5 Sporting Goods Corp. had been holding steady during the retail industry’s turmoil of recent years, but this winter appears to have taken a toll.

The 430-store chain took a hit on fourth quarter sales from an unexpected and unseasonably warm December. Same-store sales slid 9.4 percent compared to a boost of 3.1 percent in the same quarter last year.

Big 5 also gave shareholders a heads up on bad news in its upcoming fourth-quarter and year-end earnings report, expected next month. The company’s outlook now calls for a quarterly loss of $0.08 to $0.13 a share, compared to the earlier earnings forecast of $0.16 to $0.28 a share.

Full-year earnings were expected to be in the range of $0.52 to $0.57 a share, down from 2016’s earnings of 77 cents a share, the retailer said. Same-store sales declined for the year overall by 1.2 percent.

Investors had begun to cool on Big 5 before the unseasonably warm winter hits its sales. Share prices took a 60-plus percent dive over the past year, and closed Wednesday, Jan. 17 at $6.35 compared with $16.20 a year ago. Big 5’s earnings are expected by the end of February.

The January sales report drove the stock even lower – although shares seemed to have reached a floor, with the analyst consensus a hold by the end of last week.

A statement from Chief Executive Steven Miller said the chain is “hopeful that weather conditions and winter product sales will improve during the weeks ahead” as well as “encouraged by the performance of a number of our core product categories.”

The bad news is atypical for Big 5, which for the past five years has reported annual sales that consistently hit around $1 billion even as competitors such as Sports Authority in Englewood, Colo., and La Canada-Flintridge-based Sport Chalet declared bankruptcy and folded.

Big 5 was founded in 1955 by Maurie Liff, Harry Liff and Robert Miller, the father of the current chief executive, according to its website. The company had five stores covering downtown Los Angeles, Burbank, Inglewood, Glendale and San Jose.

Thrifty Drug Stores acquired the company in 1971 and grew it from 19 to 140 stores by 1992, when it was bought by Beverly Hills-based private equity firm Leonard Green & Partners, with founding management staying on as partners. Big 5’s management, which included the founder and his son, bought out the private equity firm five years later. The company went public in 2002.

Big 5 is a traditional sporting goods store in an increasingly competitive market for athletic apparel and equipment. The chain has smaller stores than some of its larger competitors, usually around 11,000 square feet, and positions itself as a “convenient, neighborhood store.”

Competitors such as Dick’s Sporting Goods’ stores are often three times that size.

Big 5 carries various brands such as Nike and Under Armour; it also sells private label items and over-stocked and closed-out products from other vendors at special prices.

Sporting goods retailers have profited from rising incomes and health consciousness in the years since the Great Recession, according to IbisWorld. The U.S. industry generated $49.1 billion in total last year.

Much of the recent growth has been spurred by fitness activities rather than competitive sports, though, with yoga, running and aerobic exercise prominent examples, according to Matt Carlson, chief executive of the National Sporting Goods Association, a trade group based in Mount Prospect, Illinois.

Consumers also have shifted to spending more money on experiences. Some sports retailers have been able to capitalize on that, said Richard Kestenbaum, a partner at New York’s investment banking advisory Triangle Capital with experience in apparel and retail.

“(Sports are) one of the few personal experiences that people have continued to do and are willing to spend money for,” said Kestenbaum. “That’s one reason why earnings (for some) haven’t struggled as much as with other retailers.”

Mass merchants such as Target Corp. and Wal-Mart Stores Inc. have gotten in on the action, taking away market share from pure sports retailers, according to IbisWorld. Such large chains are able to leverage volume to get a lower price with manufacturers and so can compete on price.

Carlson said the industry seems to have hit a holding pattern.

“2010 to 2011 were maybe the recovery years, and now (sales are) flattening out and plateauing,” said Carlson.

December and its typically colder weather is key for Big 5. The chain usually loads up on inventory in anticipation of winter.

Most of its roughly 430 stores are in Western states that have cold seasons, and the company says that “seasonality influences our buying patterns and we purchase merchandise for seasonal activities in advance of a season.”

The industry’s four biggest players, which include Dick’s, Academy Sports & Outdoors, Bass Pro Shops Inc. and Recreational Equipment Inc., command more than 40 percent of the market, according to Ibis.

The smallest of them, Recreation Equipment Inc., generated $2.2 billion revenue in 2015, according to Bloomberg.

Ecommerce has taken a bite out of sporting goods sales, a shift that gained some steam with the demise of Sports Authority, which declared bankruptcy and shuttered its 450 stores in 2016.

Big 5 has been late on ecommerce in any case – it didn’t start online sales until 2014.

Chen Grazutis, a Bloomberg Intelligence analyst specializing in retail, said in an email that he sees more mergers and acquisitions on the horizon.

“Those retailers that are able to weather the storm with strong balance sheets and good relationships with vendors could have the opportunity to expand their store base to the best-performing locations and grab market share,” he said.