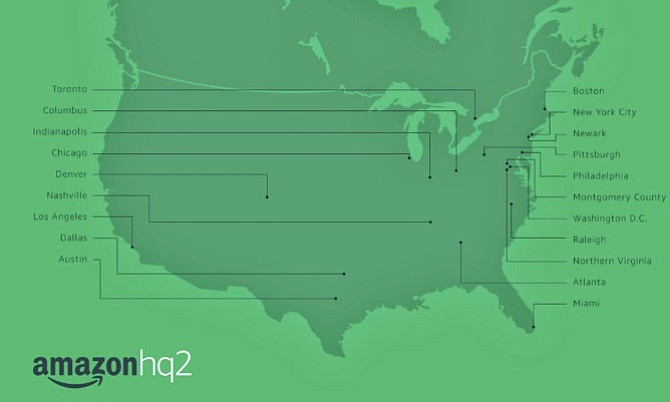 Amazon announced the 20 finalist cities for its second headquarters on Jan. 18.

Los Angeles was named by Amazon as one of the 20 finalist cities for the Seattle e-commerce giant’s second headquarters.

Amazon announced last year that it was looking to open a second headquarters, which is expected to employ about 50,000 workers. The news sent many cities across the county vying for the opportunity.