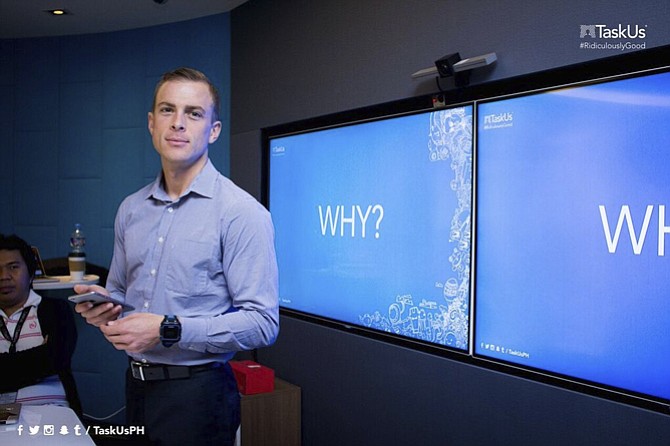 Newegg Inc., an online electronics seller, announced late last month that it is stocking and fulfilling orders in the U.S. for eBay sellers in China.

The public announcement with eBay China, an eBay Inc. subsidiary, came after the City of Industry-based outfit spent the past year outsourcing fulfillment, shipping and return services for third-party e-commerce companies.

“We worked very hard in the last many years to create a very strong logistics, fulfilment center,” said Kunal Thakkar, Newegg’s senior vice president of global operations. “We came to a point where we had mastered it. We had a lot of people inquiring, ‘Could we outsource our logistics with you?’”

The company saw an opportunity to sell its abilities to third-parties as well as improve the efficiency of its own operations, he said.

“When you add all this volume to our existing volume, it just gives us the strength and fuel to grow further,” Thakkar said. “We can now expand our warehouse. We can renegotiate our rates with our logistics partners. It gives Newegg that separate revenue stream as well as the ability to grow and scale.”

Newegg was founded in 2001 by its Chief Executive Fred Chang. The company had approximately $2.7 billion in sales in 2013, according to its website. Thakkar declined to disclose Newegg’s current revenue figures, but China-based Hangzhou Liaison Interactive Information Technology Co. Ltd. acquired a majority stake in Newegg in Sept. 2016 for $264 million. The price of the deal indicates a steep drop in revenue over the last few years, according to Business Journal estimates.

The company’s move into fulfillment and logistics follows a similar move by e-retailer Amazon.com in 2006. Fulfillment by Amazon is now used by millions of sellers in more than 100 countries and has set the industry standard for e-commerce delivery.

Many smaller companies are still struggling to keep up with rising consumer expectations and are interested in outsourcing their fulfillment to more capable companies, said Thakkar.

“Everybody who is purchasing on an e-commerce website wants their product now,” he said. “People are expecting shipments in two days or three days. Not every organization in the e-commerce world has the ability to invest in multiple warehouses or get lower shipping rates.”

When TaskUs, a customer service outsourcing firm, aimed to open a call center in San Antonio – its first in the United States – its co-founder and Chief Executive Bryce Maddock thought it would be tough to replicate the successful operations the company had developed in its offices in the Philippines.

So, not leaving anything to chance, Maddock moved away from TaskUs’ headquarters in Santa Monica to Austin, Texas, to be near the new call center.

“I decided I wanted to be as close as I could be to the front-line operations,” said Maddock. “We had built this incredible culture in the Philippines and it had taken us 7 years.”

The company opened its call center in a 35,000-square-foot former uniform factory in downtown San Antonio in April and now is working on filling the space with 500 employees.

Much of the success the company has had overseas stemmed from enthusiasm its customer service workers get representing well-known tech brands, said Maddock. The company’s clients include Tinder, EventBrite and Hootsuite.

“People actually want to work for these companies. If you get the choice to get yelled at between an angry AT&T Inc. customer versus working for Mailchimp, most people would much rather work for Mailchimp,” he said. “That makes our job a lot easier because it’s easier to attract and retain great talent.”

Selling that message and instilling that pride into potential employees in Texas required management that intermingled with new employees, added Maddock.

“We are big believers in putting our frontline employees at the heart of our organization,” he said. “All of our executives spend time on the frontline answering customer service calls and working with employees and answering employee questions.”

CBRE Group Inc. wants to make sure you can pre-order coffee from your office building café and reserve your company’s conference room all before getting out of bed in the morning.

The downtown-based commercial real estate firm company announced last week that it is developing an office management app called CBRE 360 for building owners and large corporations. The company promises that the app, which is still in development, will be customizable to each client and will help employees get better use out of the office buildings in which they spend their work days.

The idea for the app was inspired by clients who see office space as an important way to attract top talent, said Bob McGrath, a spokesman for CBRE.

“What they are saying is that ‘We need an environment that is actually attractive and productive, and that’s a value in attracting employees,’” he said. “It’s not just about getting the best space at the best cost.”