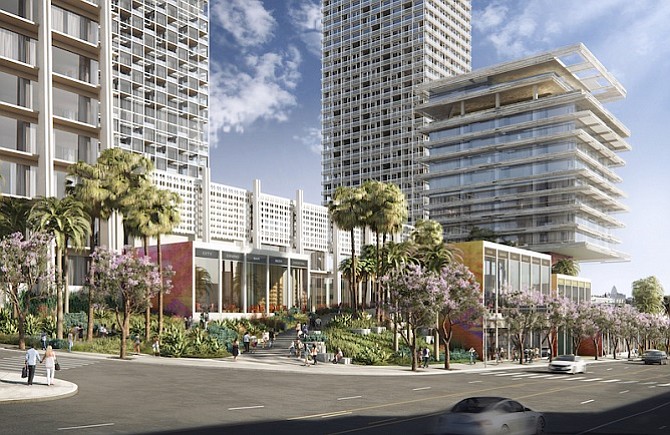 The 5.5-acre former Metropolitan Water District campus that has long sat dormant at 1111 Sunset Blvd. may be developed into a mixed-use development with 778 apartments.

The proposed project calls for 49- and 31-story apartment towers, with 76 apartments designated as low-income housing. A 17-story, 98-room hotel, is included in the concept, along with 48,000 square feet of office space and retail space facing Sunset Boulevard.

The property is located close to the 110 and 101 freeways, near Dodger Stadium and several bus lines connecting downtown Los Angeles to other parts of the city.

Developer Palisades is behind the project, reportedly estimated to cost $600 million. The architecture firm of Skidmore Owings & Merrill is leading the design of the property, though the hotel will be designed by Japan’s Kengo Kuma and the James Corner Field Operations will design the site’s public open space.

The developers have applied to the city for approval.

Real estate reporter Ciaran McEvoy can be reached at cmcevoy@labusinessjournal.com