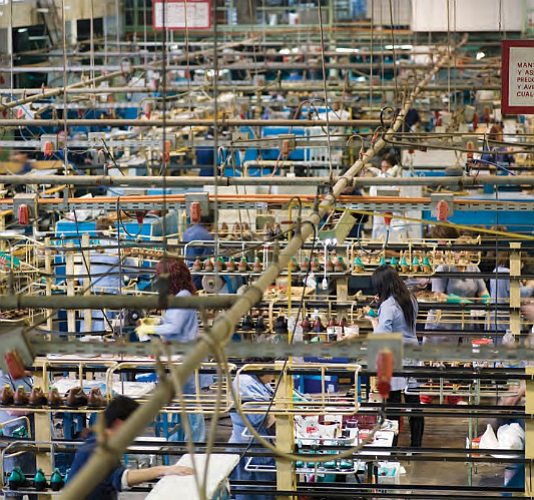 While the majority of executives are optimistic about the five-year outlook for the fashion industry, the percentage fell from 92.3 percent in 2016 to 71.0 percent in 2017—a record low since the USFIA began conducting the study in 2014. This decline could be explained by the rise of new challenges for the industry—specifically, the “protectionist trade policy agenda in the United States,” which executives rank as their top challenge this year, up from being ranked the #10 challenge last year.

Other key findings include:

• Executives are more concerned about trade protectionism, market competition from e-commerce, and supply chain risk than they are about cost; “increasing production or sourcing cost” dropped from the #2 concern in 2016 to the #7 concern in 2017.

• Only 36 percent of executives expect to increase sourcing from Vietnam, compared to 56 percent last year; this is likely due to the United States’ withdrawal from the Trans-Pacific Partnership.

• Among all sourcing destinations examined this year, Bangladesh is considered the most competitive in terms of price—but also the riskiest in terms of trade compliance.

The survey was conducted between April 2017 and May 2017. In terms of business size, 68 percent have more than 1,000 employees, including 58 percent with more than 3,000 employees; an additional 19 percent have 101- 500 employees. This suggests the findings well reflect the views of the most influential players in the U.S. fashion industry.

The United States Fashion Industry Association (USFIA) supports fashion made possible by global trade. USFIA represents textile and apparel brands, retailers, importers, and wholesalers based in the United States and doing business globally. Founded in 1989 as the United States Association of Importers of Textiles & Apparel with the goal of eliminating the global apparel quota system, USFIA now works to eliminate the tariff and non-tariff barriers that impede the industry’s ability to trade freely and create economic opportunities in the United States and abroad. Headquartered in Washington, D.C., USFIA is the most respected voice for the fashion industry in front of the U.S. government as well as international governments and stakeholders. With constant, two-way communication, USFIA staff and counsel serve as the eyes and ears of our members in Washington and around the world, enabling them to stay ahead of the regulatory challenges of today and tomorrow. Through its publications, educational events, and networking opportunities, USFIA also connects with key stakeholders across the value chain including U.S. and international service providers, suppliers, and industry groups.