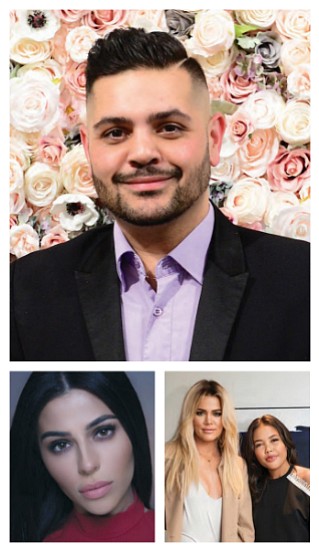 Michael Costello is one of the most prominent fashion designers in the world. A self-taught prodigy, he has built an empire by making women of all shapes and sizes feel beautiful -- upending an industry that often struggles to achieve diversity and excitement to reach millennials like him. Fashion was something that came naturally to Costello starting at the age of two by drawing dresses on his bedroom walls to opening his first store at fifteen. While many fans recognize him from Lifetime’s “Project Runway” franchise, Michael Costello’s brand has blossomed into an international household name beyond mainstream television.

Costello’s exquisite dresses dominate at prestigious red carpet events from the Grammys to the Oscars. His unparalleled instinct to perfectly enhance the natural hourglass figure has garnered the attention of stars like Beyoncé, Jennifer Lopez, Lady Gaga, Kate Hudson and many more. He has been featured in all major fashion publications including Vogue, WWD, New York Times, Harpers Bazaar and Apparel News. Several of his dresses are now on display at the Grammys Museum.

The Michael Costello brand with its soft drape, celebrity clientele and massive sex appeal has secured its place in the fashion industry as one of the decade’s most sought after and influential brands. Costello’s appreciation for feminine beauty continuous to inspire him to push the boundaries of fashion and create the next dynamic, bold, statement moment for women and the passion lingers in every stitch and every yard of fabric.

Followed by legions of fans, (millions on social media), Costello continues to capture the world with his creations and his quirky personality.

An avid writer and beauty enthusiast, Teni Panosian founded MissMaven.com, a beauty and style blog, in 2011. She later established a YouTube channel, creating makeup and hair tutorials, style videos, and dynamic travel diaries for an audience of 1 million subscribers. Garnering over 60,000,000 views, she has become one of the foremost YouTube personalities in the lifestyle space. In short, Panosian just happens to be an extremely well informed consumer who’s been doing a ton of research in beauty over the last few years.

Also an actress, Panosian has appeared in numerous national television commercials, films, and TV series. She earned a Bachelor’s degree from USC and later completed a Master’s program in Communication Management, also at USC. Though enjoying an excelling career, one of her many passions lies in animal rescue and raising awareness for issues relating to animal abuse and neglect. Her work in rescue includes advocacy and raising money for various organizations, fostering, and finding safe and happy homes for animals in need.

A rising brand and trendsetter, GOOD AMERICAN is designed, manufactured, and distributed from a home base in Los Angeles. The pivotal brand originated from a conversation between co-founders Kardashian and Grede about what it means to be a woman today. So the duo set out to make a denim line that’s sexy and flattering, and made to fit women – not the other way round.

It takes one hundred hands to make one pair of GOOD AMERICAN jeans. In Los Angeles, pattern makers, sewers and garment technicians among many other artisans, have lent their expertise to the intensive process of luxury denim manufacturing. And the brand has been well received. Utilizing social-media marketing as a lead up to its October 2016 launch, GOOD AMERICAN reached $1 million in sales on its first day.