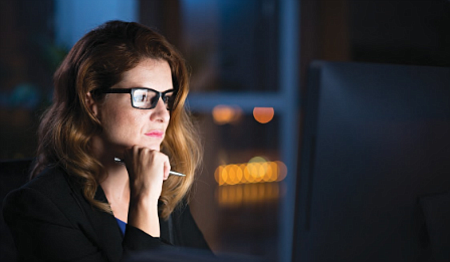 Business executives maintained their generally upbeat view of prospects for the U.S. economy, and have upgraded expectations for profit and revenue growth over the next 12 months, according to the third-quarter AICPA Economic Outlook Survey, which polls chief executive officers, chief financial officers, controllers and other certified public accountants in U.S. companies who hold executive and senior management accounting roles. But there is a dark cloud on the horizon: the growing scarcity of suitable job candidates.

For the first time, “availability of skilled personnel” was cited as the top challenge facing companies, up from No. 2 last quarter. Seventy- five percent of respondents said they were seeing at least some increased competition in recruitment efforts, with 21 percent reporting a significant increase. At the end of 2014, the last time this survey question was asked, only 16 percent said they were experiencing a significant increase in hiring competition.

“One out of five business executives say their company has lost out on top job candidates because of increased competition, and a majority say they’re having trouble finding the right candidate to begin with,” said Arleen R. Thomas, CPA, CGMA, managing director of Americas Market, Global Offerings & CGMA Exam, Management Accounting for the Association of International Certified Professional Accountants. “For some companies, the scarcity of skilled workers could have an impact on productivity and growth over time.”

Despite recruiting challenges, half of business executives said their companies had the right number of employees. Nearly one-in-four (24 percent) said they planned to hire immediately, the same as last quarter, while another 15 percent said they had too few employees but were hesitant to hire. Business executives who said their companies had too many employees dropped from 8 percent to 7 percent, quarter over quarter.

The AICPA survey is a forward-looking indicator that tracks hiring and business-related expectations for the next 12 months. As a point of comparison, the U.S. Department of Labor’s August employment report, scheduled for release tomorrow, looks back on the previous month’s hiring trends.

The CPA Outlook Index—a comprehensive gauge of executive sentiment within the AICPA survey— rose two points in the third quarter to 77, just a tick below a post-recession high of 78 set in the fourth quarter of 2014. The index is a composite of nine, equally weighted survey measures set on a scale of 0 to 100, with 50 considered neutral and greater numbers signifying positive sentiment.

Other key findings of the survey:

• Sixty-six percent of business executives expressed optimism about their own companies’ prospects over the next 12 months, up two percentage points from last quarter.

• The percentage of business executives who expect their company to expand in the coming year increased from 64 percent to 65 percent, quarter over quarter, but remains below the level reported at the start of the year (67 percent).

• Besides ‘availability of skilled personnel,’ the top three concerns for business are No. 2 ‘regulatory requirements and changes’ and No. 3 ‘domestic competition.’ ‘Employee and benefit costs,’ meanwhile, dropped from the top slot last quarter to No. 5.

• Interest rate concerns fell from 22 percent last quarter to 15 percent. IT remains the strongest category for planned spending over the coming year, with an expected growth rate of 3.5 percent

The third-quarter AICPA Business and Industry Economic Outlook Survey was conducted Aug. 1-16, 2017, and included 775 qualified responses from CPAs who hold leadership positions, such as chief financial officer or controller, in their companies. The overall margin of error is less than 3 percentage points.

Information for this article was provided by AICPA. To learn more, visit aicpa.org.