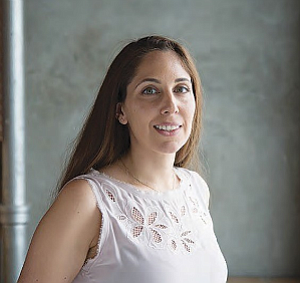 Leila Rouhi joined Ring as its first in-house corporate attorney in June 2016, and she was quickly promoted to general counsel in September 2016. Ring, which has developed the highly popular video doorbell and related accessories, is one of the fastest growing companies in Los Angeles.

In the short time since Rouhi joined Ring, the company has executed on six major product launches, including the Floodlight Cam, the Ring Protect plan and the Neighborhood app feature, which allows Ring users to actively participate in making their neighborhoods safer by sharing crime and safety events captured on their Ring devices with their neighbors. Ring products are now active in over one million households. In addition, during Rouhi’s tenure, the company has doubled in size to nearly 1,000 team members, opened five new international offices and launched four new international websites.

A key to Rouhi’s success has been her ability to work closely with the company’s management to find constructive ways to enable the company to roll out its aggressive growth strategy. Among her many accomplishments while a Ring include overseeing the expansion of the Ring corporate legal department to a team of five seasoned lawyers. Rouhi also managed the legal aspects of the company’s $109 million Series D preferred stock and credit line financings in 2016, one of the largest financings of a venture backed company in Los Angeles last year. She also led the negotiation of Ring’s partnership arrangements with Shaquille O’Neal, who is passionate about the company’s mission and has appeared in a number of promotional videos on the company’s behalf.