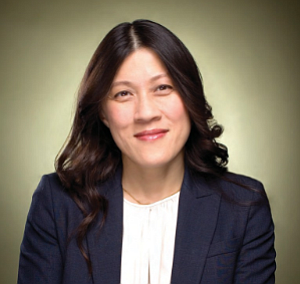 Fernanda Schmid serves as the General Counsel for Cornerstone Research Inc., an expert testimony and economic and financial analysis firm with over 700 employees and eight offices in the U.S. and London. In her role as Vice President, General Counsel and Corporate Secretary, Schmid is responsible for overseeing all legal, risk and compliance matters for the firm. Schmid also chairs the firm’s Risk Management Committee and sits on both the firm’s Operating Policy Committee and the Expert Development Committee.

Schmid is an exemplary in-house counsel who has made significant contributions to Cornerstone Research. Her colleagues report that she is intelligent and resourceful in her approach to legal problems, highly skilled at navigating difficult corporate challenges, pragmatic, innovative, and very well respected.

Within 18 months at Cornerstone Research, she was promoted to General Counsel and Corporate Secretary and given sole responsibility for all legal affairs and oversight of risk and compliance issues. Like many in-house counsel, her in-house role has expanded to include new legal frontiers. One of the things that distinguishes Schmid is that she meets the challenge and is not hesitant to learn new areas of the law.

When Schmid first assumed the role of General Counsel at Cornerstone, the company had approximately 420 employees and six offices. It now has over 700 employees and eight offices, one of which is Cornerstone’s UK subsidiary.

Schmid has also been influential in a number of internal initiatives at Cornerstone. For example, she was instrumental in organizing the Los Angeles office’s first women’s forum, which was held this past spring.