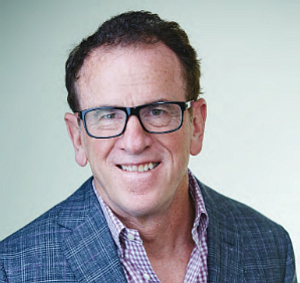 INTELLECTUAL PROPERTY ATTORNEY OF THE YEAR

John B. Quinn founded Quinn Emanuel Urquhart & Sullivan in 1986. Since then, Quinn has been the driving force behind the firm’s rise from literally nothing to the top of its field. Quinn Emanuel now has 650+ lawyers in 21 offices in 10 countries. From the outset his vision was a “bet the company” law firm whose practice would be limited to business litigation. As the firm grew, he resisted the temptation to add other practice groups. He has never waivered since.

Under Quinn’s leadership, the firm has been involved in numerous structured finance litigations arising out of the 2008 financial crisis, and has recovered over $26 billion from global financial giants on behalf of FHFA and other clients. Since 1987, Quinn has also been General Counsel of the Academy of Motion Picture Arts and Sciences, the organization that awards the Academy Awards.

Quinn and his firm have taken advantage of the recent tech boom by representing many successful early-stage tech companies such as Pinterest, Google, Snapchat, GoPro, Zoosk, Tumblr, Jawbone, Airbnb, Dropbox, Instacart, Tinder, Box, and Palantir, among others. Pinterest hired Quinn and team to defend its first ever lawsuit, as did Tumblr.

Over the past several years under Quinn’s leadership, the firm’s product liability litigation practice has become a steady area of growth within the firm. Under Quinn’s management, the firm has also become the most financially successful California-based law firm. For the past several years, The American Lawyer has ranked us the second most profitable firm in the world – with profits per partner exceeding $4 million.