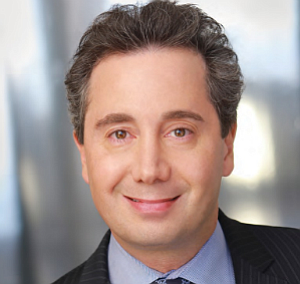 ENTERTAINMENT ATTORNEY OF THE YEAR

From studio transactions to whisky deals, he has led numerous high-profile and innovative transactions for clients that include United Talent Agency; Rovio Entertainment (known for its Angry Birds mobile games and movie); Katherine Jackson (in the sale of Sony/ATV Music Publishing catalogue by the Estate of Michael Jackson); London-based Recon Group (owner of the Aston Villa football club in pending bids to acquire two independent film studios); Haim Saban (in the launch of a “SPAC,” formed to acquire media & entertainment companies); RatPac Entertainment (in the recent sale of James Packer’s stake in the company to Len Blavatnik’s Access Entertainment, and overseeing their global expansion, including the launch of a China-focused media and entertainment content fund that closed in 2016); Brett Ratner (in his global launch of The Hilhaven whisky in partnership with Diageo and CAA, and various industry investments); among others.

As well as being head of Skadden’s Entertainment Group, Eisman is also a member of the firm’s Financial Oversight and Audit Committee. He has a broad range of experience in mergers and acquisitions, securities law matters, partnerships, financings, joint ventures and strategic alliances.

Eisman is a prolific L.A. lawyer having been involved in a number of additional recent transactions, including Vulcan Capital, an investment vehicle of Microsoft co-founder Paul Allen, in connection with numerous M&A and family office matters, including the sale of DreamWorks to Paramount Pictures. And the initial public offering and spin-off of DreamWorks Animation SKG, among others.