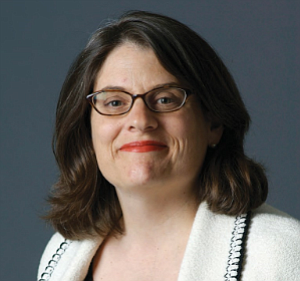 REAL ESTATE ATTORNEY OF THE YEAR

Amy R. Forbes has spent her entire legal career at Gibson Dunn and is Co-Partner in Charge of the Los Angeles offices. She is at the helm of some of the most exciting and high profile land use deals in the Los Angeles area.

Forbes’ practice is focused on land use planning issues, including zoning, CEQA and municipal law, especially the processing of entitlements through public hearings, community meetings and other administrative proceedings, the negotiation of agreements with government entities, and legal issues associated with project development and construction.

Among her many successes of note, Forbes was key to the return of the Rams. After a year-long process filled with numerous twists and turns, the Kroenke Group, owner of the St. Louis Rams football franchise, secured approval from the NFL to bring the Rams back to the Los Angeles region. Forbes led a team that played a critical role in bringing the Rams home by employing an incredible and improbable strategy to obtain the authorization to construct a multi-billion dollar NFL-ready stadium in under 8-weeks. The approvals were obtained in record time through an innovative use of the California voter-sponsored initiative process. The required 22,000 petition signatures were collected in the space of two weeks, and the Council unanimously adopted the initiative in February 2015. The ultimate victory came in January of last year when the NFL owners voted 30-2 to allow the Rams to move to Inglewood. From a “long shot” idea to actual reality, Forbes and the Gibson Dunn team was never daunted by the seeming impossibility of the task.