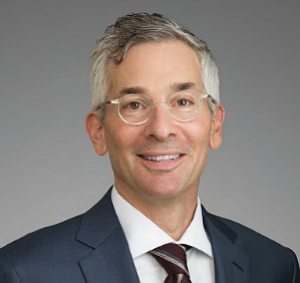 LITIGATION ATTORNEY OF THE YEAR

Streisand is perhaps best known for his victories in courtroom battles over celebrity estates. Streisand’s trial victory for former Microsoft CEO Steve Ballmer against Donald Sterling resulted in Ballmer’s $2 billion purchase of the Los Angeles Clippers. Also in the world of Los Angeles NBA teams, it was Streisand who, in one quick, preemptive strike, defeated a threatened coup of the Los Angeles Lakers by Jim and Johnny Buss. Streisand not only won that case but also walked away with resignations of Jim and Johnny Buss from all four Buss family trusts as a guarantee against any threat in the future.

From his victory in the landmark copyright case, Newton v. Diamond, in which he represented the Beastie Boys and Capitol Records, Streisand has transitioned into a nationally recognized trust and estate litigator. His practice is unique in that he is the rare lawyer in the field with an expertise in disputes involving entertainment and intellectual property issues. He’s been in courtroom battles over the estates of Michael Jackson, Ray Charles, Marlon Brando, Michael Crichton, Anna Nicole Smith, Rodney Dangerfield, Dennis Hopper, William Randolph Hearst and many more.

In addition to his law practice, Streisand teaches other lawyers the art and science of trial work as an instructor with the National Institute of Trial Advocacy and as a frequent lecturer and author.