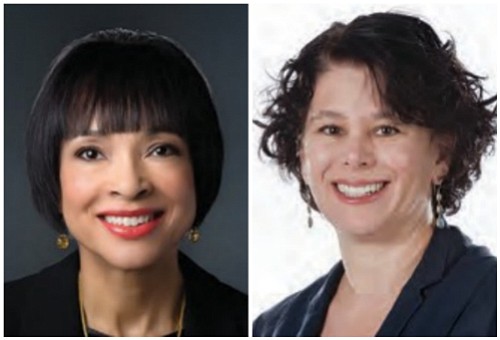 June Baldwin is responsible for overseeing KCETLink’s Legal Department. Her responsibilities include providing legal advice and counsel on all matters before the station to the Board of Directors, the Chief Executive Officer, and KCETLink’s executive staff. She also serves as Assistant Secretary to the KCETLink Board of Directors with responsibility for corporate record keeping and providing advice regarding corporate governance matters. She also is primarily responsible for the station’s labor relations.

Truly a trailblazer since the beginning of her career, Baldwin, after graduation from Harvard Law School in 1975, clerked in the 7th Circuit Court of Appeals. Later, at NBC, she was one of the first African Americans to enter the executive ranks in the entertainment industry.

Deborah Kanter has been general counsel of The Broad Foundations for fifteen years. She has a strong business acumen and expertise in the laws governing tax-exempt organizations and art museums. In addition, she has extensive experience with contracts, intellectual property, employment law and general corporate governance. Prior to 2001, Kanter was Vice President and General Counsel for the Los Angeles County Museum of Art (LACMA), where she created the department of General Counsel.

In 2009, when Kanter began working on The Broad museum, she played a key role in organizing the bond offering and overseeing its construction. In 2017 she served in an interim capacity as the museum’s deputy director where she was involved in administration and budgeting for the museum’s overall operations and for special exhibitions.