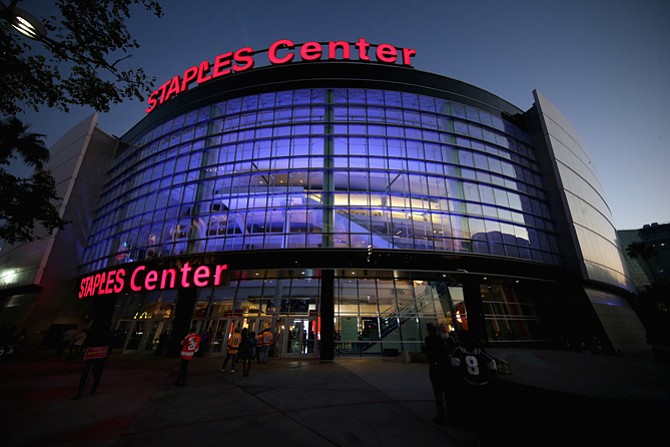 When they come as the centerpiece of a three-day event with an international audience set in the entertainment capital of the world.

The 2018 National Basketball Association All-Star Game, set to take place Feb. 18 at the Staples Center, will generate a projected $116 million in increased economic activity to the surrounding area, according to a report by downtown-based Micronomics Inc.

The report, commissioned by the Los Angeles Sports & Entertainment Commission, the organization that bid to host the game, used hotel and spending data from past events hosted in Los Angeles to get to the $116 million figure.

Only $26 million is from revenue directly associated with the All-Star Game and ancillary events throughout the weekend, with $90 million tracking to direct spending associated with tourism, such as accommodations, transportation, food and beverages, shopping and entertainment. The study also factors in the spending multiplier effect, the economic principal that an increase in spending, and thus income, leads to additional spending.

The projection of $90 million would be more than double the $44.9 million the state of Louisiana brought in from the 2017 All-Star Game in New Orleans, according to data from the Louisiana State University Economics & Policy Research Group.

Some of the higher total for Los Angeles can be attributed to higher costs in general compared to New Orleans, according to Roy Weinstein, the managing director at Micronomics who co-authored the study. Much of the rest of the increase, he said, likely stems from the larger landscape of tourist attractions along with the relatively mild winter weather of Los Angeles – both of which lead more people attending the All-Star Game to stay beyond the weekend.

Another factor is visitors with tickets to the game bringing others who will take in other activities, Weinstein said. He noted that the Staples Center has a capacity of just 21,000 but the event will account for an estimated 110,000 visitors, with many staying up to five or six days.

“Los Angeles is an extraordinary destination, especially in the dead of winter,” said Weinstein. “It has all these other venues and museums like Disney(land) and Getty (Center and the Getty Villa). Eighty thousand people aren’t going to the game and they aren’t just sitting in their hotel.”

The hotel industry especially stands to profit from the All-Star Game.

Weinstein estimates that 30 percent of all tourism spending will be for accommodations. Javier Cano, market general manager for L.A. Live hotels, which includes the Ritz-Carlton, JW Marriott, Courtyard and Residence Inn, said all downtown hotels are sold out and that the NBA will set up their headquarters at the JW Marriot and Ritz-Carlton, which share a building adjacent to the Staples Center.

Kathryn Schloessman, president of the Los Angeles Sports & Entertainment Commission, oversaw the bidding process that started in 2015. LASEC was notified in March 2016 that it won the bid, making Los Angeles the only city to host three NBA All-Star games in the last 15 years, most recently in 2011.

Schloessman said NBA events are highly prized due to their economic and community impact.

“The NBA is the king of marketing; they have a way of making their presence known,” she added.

Schloessman said there will be numerous community outreach events at hospitals, schools, and other venues in Compton, East Los Angeles and Culver City. As part of the initiative, All-Star Game sponsors will participate in an annual day of service, packaging donations for low income children and building a playground.

“The people [of Los Angeles] remember them [the NBA community] after they leave,” she said.

Los Angeles will host several more high-profile sports events in the coming years, Schloessman noted. The Los Angeles Sports & Entertainment Commission has already won bids for the 2022 Super Bowl and the 2023 College Football Playoff. The group is also currently bidding on the 2026 World Cup. Add to that the LA2028 campaign led by Casey Wasserman, which will bring the 2028 Olympics to the city.