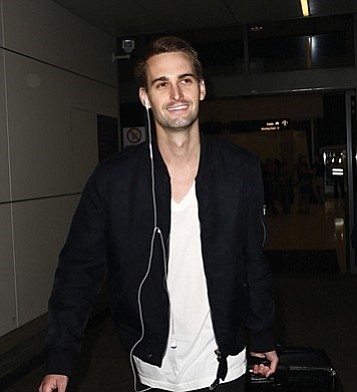 Snap Inc.’s corporate lawyer threatened in a memo last month to fire, sue and even jail employees who leaked information to the media – a message that quickly leaked to the media.

A public relations embarrassment — to be sure – but also a possible signal of bigger problems at the Venice-based company, which has gone from tech darling to social media underachiever since it raised $3.4 billion in an initial public offering last March.

Snap executives declined comment on the latest round of axe-grinding by its employees.

Public relations experts and other observers weighed in with warnings.

“When people come to (journalists),” said Cheryl Wakslak, an associate professor of management and organization at USC’s Marshall School of Business, “they are in some ways trying to communicate things to the corporation: There is something wrong.”

Employees can have a variety of motivations for speaking to reporters in individual instances, including self-serving desires to claim credit or to knock a rival.

There is a pattern of leaks emerging at Snap, however, and it comes in the wake of a year’s worth of disappointing user and revenue growth, and against a backdrop of a top-down approach on corporate leadership that seems to fly in the face of the collaborative cultures at many leading tech firms.

Employees appear to be looking for ways to voice their frustration, said Stephen Rapier, assistant faculty of marketing with Pepperdine University’s Graziadio School of Business and Management.

“It’s almost like they are taking a swipe at the leadership,” he said. “Apparently in this case people aren’t satisfied complaining over lunch with their colleagues, but they feel they need to do something greater.”

Snap’s memo threatening employees with legal consequences apparently came in response to another leak of Snapchat’s usage data, which was passed to the The Daily Beast a week prior. That data showed Snapchat remains – despite heavy investment in new features – mostly used for its original messaging features.

Many on Wall Street were hoping that Snap could go beyond its core messaging app and challenge Facebook Inc.’s dominance in social media features. Advertising shown alongside social media content, such as shared news, entertainment and user postings, is seen by many as an essential means for Snap to generate revenue.

Progress has been lackluster so far.

Detailed information about Snapchat’s usage is usually kept close to the vest by the company’s executive team. The higher ups tend to hold employees, the public and even investors at bay on the totals.

Such secrecy is a result of the company’s corporate structure, a so-called hub-and-spoke model that routes all corporate decision making through Chief Executive Evan Spiegel, with information passed out on a need-to-know basis, according to a report by The Verge, an online technology news site.

It’s a way of doing business starkly in contrast to the free-flowing processes of companies such as Facebook and Alphabet Inc.’s Google Inc. The model often leaves product managers and employees at Snap in the dark and with little autonomy.

The hierarchical culture at Snap is reinforced by an ownership structure that provides no voting rights to common stockholders – a first for a tech company of its size. Critics argue that limited shareholder rights give the company little outside oversight.

Snap’s first year as a publicly traded company has disappointed many on Wall Street.

Snap’s share price has fallen more than 50 percent to about $13.50 a share as of Jan. 31 since its stock debuted in March. And, a low share price could be compounding Snap’s problems.

The company issued millions of dollars in stock awards to its employees hired between 2015 and 2017 at the average price of $15.68 a share, according to The Information, another online news site – a cost which is now above the stock’s publicly traded share price.

A rough ride on Wall Street often lays bare a company’s underlying culture, according to Rapier.

“No matter the company or organization, there are always times when a company goes through a trough,” he said. “If you are motivated by the goals and culture of the organization, you keep fighting the good fight. The not-so-ideal situation is if the primary motivation is the money – if the money starts going then there is no motivation.”

Snap’s move to cork any further flow of damaging information is understandable, according to public relations and management experts, although most suggest there are better ways to approach the challenge.

“To be sure, threats don’t work,” said Wakslak. “Psychologists call this reactance. If you tell someone not to do something – especially if someone values autonomy, as I assume Snap’s workforce does – they are going to do it.”

Companies should see leaks as a symptom, not the underlying problem, and ought to take them as reason to reflect, said Samuel Culbert, professor of management and organizations at UCLA’s Anderson School of Management.

“When you’re down to using lawyers to threaten people it means managers are not having the authentic and sensitive conversations that need to take place,” he said. “Instead of making corporate threats, you should be asking teams to come together and talk about what’s going on, asking them, ‘How can we fix it?’”