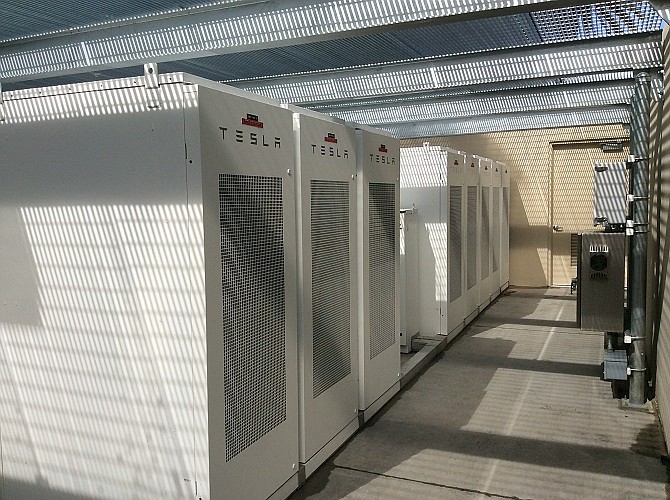 Macquarie said that the debt funding is part of a 52-megawatt (MW) project for SoCal Edison in the West Los Angeles Basin, which is a sprawling area bounded by the Santa Monica mountains to the north and Santa Ana mountains to the southeast.

A Macquarie spokesman could not immediately say where the battery storage sites would be constructed, though he pointed to several previously already built at 21 Irvine Company-owned high-rises in Orange County.

The energy storage systems, which are located at various large commercial, industrial and government power users in Los Angeles and Orange counties, will be tapped to store power, provide back-up generation and help in voltage management over the electrical grid.