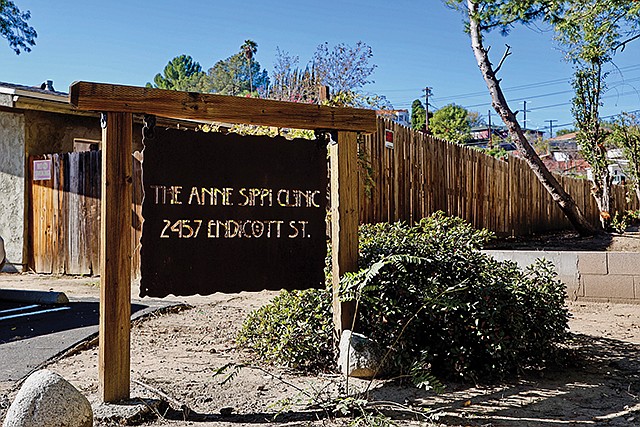 The Kaiser Permanente School of Medicine, under construction in Pasadena, announced a new leadership team drawn from universities and medical schools across the nation.

The group of 11 new leaders consists of seven deans, three department chairs and a senior vice president who will oversee the planning, design and implementation of all areas of the new medical school. Nine members of the team are medical doctors.

The school was slated to usher in its first class of students in fall 2019, but that date has been delayed as Kaiser Permanente waits to receive accreditation. Representatives for the medical school declined to provide further information on the opening date.

In a statement Mark Schuster, founding dean and chief executive of the medical school, said of the newly announced faculty: “Their progressive and thoughtful leadership, combined with their innovative ideas and vision for the future of medical education, will play a vital role in establishing a world-class, 21st-century academic medical institution.”

USC has hired away one of UCLA’s top fundraising administrators as it works to nail down financial support for its USC Health Sciences Campus in Boyle Heights.

Kathryn “Kat” Carrico, associate vice chancellor of development at UCLA, was named vice president for USC Health Sciences Advancement effective Jan. 1. She replaces David Carrera, leader of a $6 billion fundraising campaign, who stepped down a year ago after being accused of sexual harassment.

“As USC’s medical enterprise continues to expand, Kat is the ideal person to help us optimize our advancement program and build even more meaningful relationships with our supporters,” said Tom Jackiewicz, chief executive for USC Health, in a statement.

Carrico will be charged with fundraising for academic, research and clinical work at Keck School of Medicine of USC and Keck Medicine of USC, which includes Keck Hospital, the Norris Comprehensive Cancer Center, Verdugo Hills Hospital and USC Care Medical Group Inc., a 600-physician practice group.

Carrico has worked at top academic medical centers across the nation for 20 years.

As head of a UCLA development team of 350 employees, she led a $4.2 billion Centennial Campaign that surpassed its goal 18 months early, according to USC. She also oversaw major gifts for the Westwood campus, as well as support for the UCLA Broad Stem Cell Research Center, the California NanoSystems Institute at UCLA and the schools of nursing, dentistry and public health.

The Los Angeles Biomedical Research Institute has been awarded a $6 million federal grant to study a body gel designed to serve as the first male contraceptive, apart from condoms, according to the institute.

The Torrance-based research institute received the award late last month from the National Institute of Child Health and Human Development, which issued a similar award to the University of Washington School of Medicine.

L.A. BioMed and the University of Washington will collaborate on a joint study, enrolling 400 couples in nine international sites for a second-phase trial to test what’s known as a NES/T gel designed to decrease a man’s sperm production. Results are expected in 2022.

The compound gel, developed at L.A. BioMed, is comprised of testosterone and Nestorone, a federally approved progestin hormone used for female contraception.

If it works in trial studies, the next challenge may be finding a major drug company to produce it, researchers say. “We need a partner,” said Christina Wang, lead researcher at L.A. BioMed. As of now, she said, no pharmaceutical company has stepped forward.

The ASC Treatment Group, a mental health services company based in El Sereno, marked its 40th anniversary last month with a community celebration at its first clinic.

The privately owned ASC, or Anne Sippi Clinics, has grown from the 2-acre El Sereno location to four facilities that now care for 120 clients with schizophrenia, bipolar disorder, depression and other mental illnesses. The residential treatment clinics are located in East Los Angeles, Commerce, Bakersfield and Pasadena.

Founded in 1978, the group was named for Anne Sippi, a young woman with schizophrenia whose family had struggled to find care in lieu of a mental hospital. Since then, the ASC Treatment Group, owned by co-founder Chess Brodnick and Michael Rosberg, has treated thousands of patients with severe mental illness.