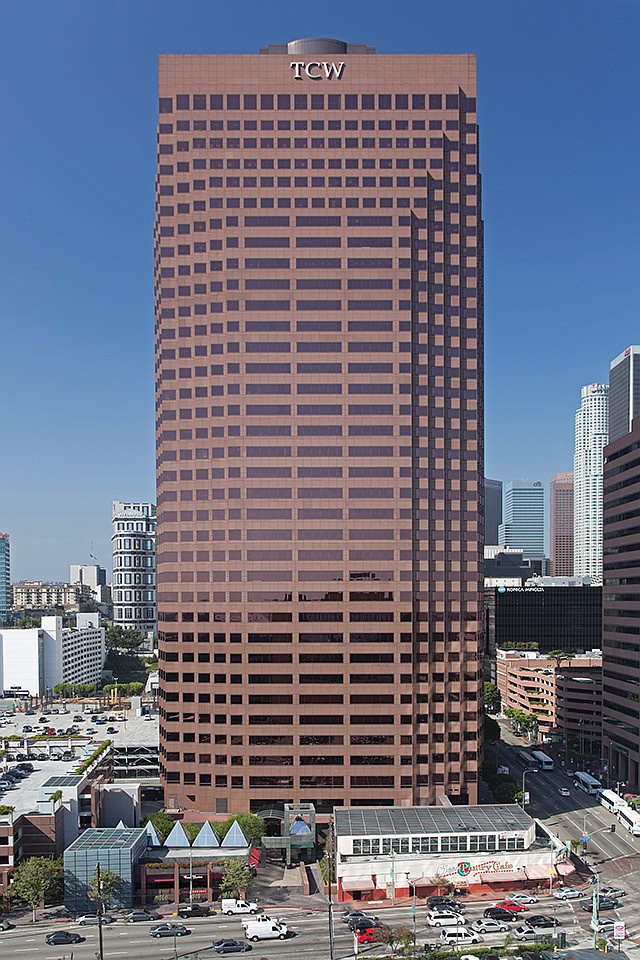 Industry watchers and insiders said the reasons for outflows are difficult to pin down, but they come amid inflation, rising interest rates, tariffs and other economic indicators pointing toward a potential recession.

There could be more outflows reported this week as November data is due to be published. Kevin McDevitt, a senior analyst with Morningstar, is “neutral to cautious” on the soon-to-be-released report.

“I will be looking for long-term outflows and anything showing seasonality, like year-end,” said McDevitt in an interview. “There is so much noise that’d I’d like to see the data.”

McDevitt declined to speculate on where the asset flows are headed.

“My takeaway, if anything, perhaps, is that investing is getting more cautious and conservative, but that is the most I’m willing to say,” McDevitt said.

The outflows – while large – are tiny on a percentage compared to the total funds managed by the three L.A.-based firms. Overall, TCW managed $198 billion in assets under management as of Sept. 30; DoubleLine reported $125 billion and Capital Group more than $1.8 trillion.

Outflows of all nonmoney market mutual funds and exchange traded funds in the United States totaled $29.1 billion in October, the greatest outflow since August 2015, which saw $30.3 billion of outflows, according to Morningstar. The recent surge in outflows still pales in comparison to the $102 billion that exited funds at the height of the global financial crisis in October 2008.

DoubleLine spokesman Loren Fleckenstein said that while outflows at the bond fund manager have picked up, DoubleLine’s actual performance remains steady during turbulent periods. He cited similar trends of outflows reported in 2013 and 2016.

“It’s not a risk to DoubleLine’s business,” Fleckenstein said. “We are outperforming 94 percent of the funds.”

TCW spokesman Doug Morris declined to comment on the outflows data, and Capital Group spokeswoman Caroline Semerdjian did not respond to a request for comment. Morris said TCW has a long-standing policy to not comment on asset flow data as the firm thinks it can be misinterpreted due to the cyclical nature of money flowing in and out of their funds.

Greg Whiteley, a portfolio manager on DoubleLine Capital’s investment management team, underscored that he is not an expert on asset flows. But he indicated that the market is growing jittery of late because of heightened concern by professional money and wealth managers that the economy is poised to weaken. He specifically cited as an indicator the U.S. Treasury bond yield curve, which has inverted for some bonds that pay out in the shorter term.

An inverted yield curve is when shorter term U.S. Treasury bonds pay out at a higher rate than longer term bonds. That’s atypical because investors normally want a higher rate of return for a longer-term investment because it carries more risk.

Yield curve inversions are generally seen as precursors to a recession. An inversion of the two-year and 10-year yields has preceded each U.S. recession in the past half century. That hasn’t yet happened, but the U.S. two-year Treasury yields rose above the three-year Treasury yields for the first time in more than a decade as traders bet the Fed might be close to ending its rate-hike campaign.

The inverted Treasury yield curve from two- to five-year maturities suggests, according to Whiteley, that there is skepticism of the Federal Reserve’s plan to raise rates in 2019.

“This has caught everyone’s attention,” Whiteley said. “The problem here, or the challenge for the bond market in particular, is that the economy seems to be near an inflection point,” he said. “There are signs that growth is poised to slow.”

The Federal Reserve has telegraphed the possibility of raising rates three times in 2019. However, said Whiteley, “The bond market clearly doesn’t believe that.”

Tom Roseen, head of research services with Refinitiv, a funds-tracking company owned by Thomson Reuters Corp., also raised a caution signal with its own October asset flows data – though not broken out by fund as Morningstar did.