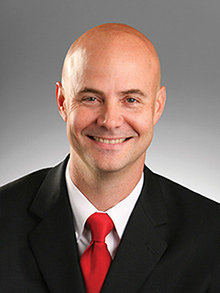 As of Friday, the hospital chain had nearly 7,400 employees to care for roughly 850 patients in facilities that were 50-percent occupied, according to the federal bankruptcy filing.

The Chapter 11 filing stated that Verity Health has more than $1 billion in pension liabilities and bond debt. It’s accrued another $500 million in unsecured debt from vendor contracts, pension obligations and management fees.

Verity’s losses run roughly $175 million a year on a cash flow basis, according to the filing.

Its hospitals have also been up for sale. Cain Brothers, a division of KeyBanc Capital Markets, has reached out to 110 potential buyers on behalf of Verity since July, and received 11 indications of interest.

The company hired Richard Adcock in January as chief executive to help turn around the hospital system.

Verity Health was founded by the Daughters of Charity of St. Vincent de Paul, Province of the West, to support the mission of the Catholic Church to aid the sick and poor. In 2015, the Catholic charity shifted its operations to New York hedge fund BlueMountain Capital, which sold a controlling interest in its operating company to Soon-Shiong.