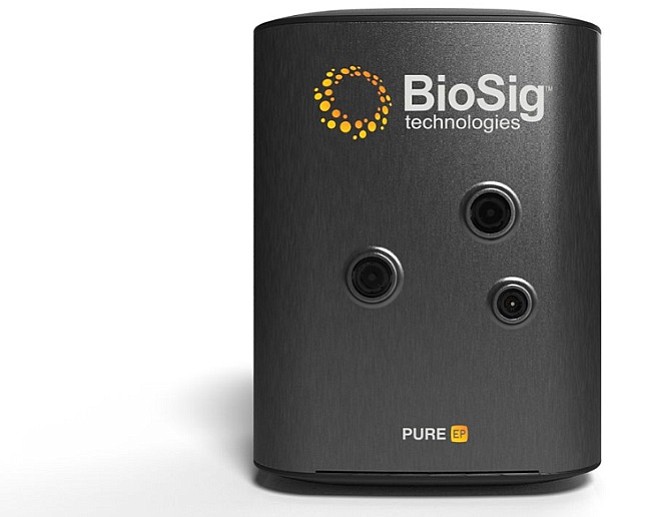 BioSig Technologies Inc., a medical device firm based in West Los Angeles, has raised $4 million during a securities sale, according to a securities filing.

BioSig sold more than $4 million to 72 investors during a $10 million offering, according to an Aug. 28 filing with the U.S. Securities and Exchange Commission.

The sale came nearly two weeks after the nine-year-old firm announced closing a private placement of nearly $4.3 million to help commercialize its Pure EP System, a biomedical device that helps cardiologists perform catheter ablation, a procedure that can lessen arrhythmias.

The device received clearance from the U.S. Food and Drug Administration this month.

BioSig Technologies has performed 12 pre-clinical studies of its Pure EP at the Mayo Clinic in Minnesota, UCLA Medical Center and Mount Sinai Hospital in New York. It signed a 10-year licensing agreement with Mayo Clinic last year for its joint development.

This month, it announced its intention to uplist to the Nasdaq Stock Exchange.