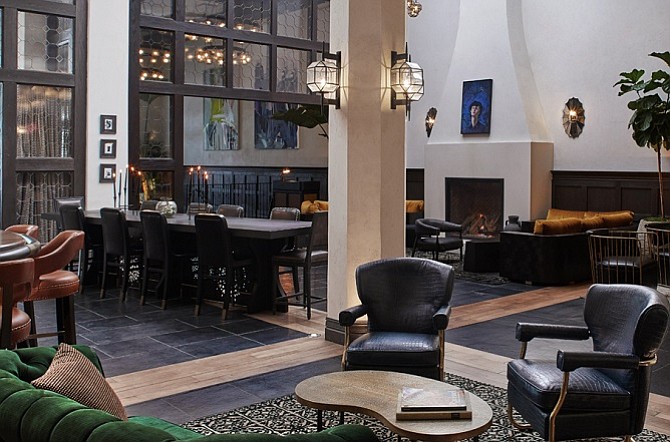 The iconic structure’s makeover, however, was two years overdue and cost $16 million more than initially expected.

Renovation to restore the hotel to its original Spanish Mediterranean flair started in November 2015 and was projected to span a year. But it took nearly three years and an additional $16 million, which brought the price tag to around $60 million.

“The reason it took longer was that the owners were willing to spend the kind of money needed to have the absolute best finishes possible,” said Andy Meyers, chief executive and owner of Shangri-LA Construction, general contractors of the project.

One example were the clay tile blocks that formed the hotel’s walls but then shrunk over the structure’s long lifespan.

“In this particular building, the existing walls were made of clay tile blocks covered in plaster,” said Rocky Rockefeller, senior partner at Rockefeller Kempel Architects, architects on the project. “Unfortunately, the tile blocks had shrunk over time, leaving the top of the wall detached from the structure and unsupported, and proved so fragile that they disintegrated when touched.”

Rockefeller said the architects had to rebuild some walls instead of restoring them as planned, using “modern methods but with the result looking and feeling original.”

The hotel is steeped in history, and started as a YWCA establishment to single women.

“It’s a type of hotel that really appeals to younger travelers who want a true sense of place,” Baltin said.

The hotel’s overhaul comes amid a healthy run for the hotel market in Los Angeles County. The countywide average occupancy rate reached 85 percent in June, up 1.4 percent compared with a year earlier. The average room rate increased 1.7 percent to $184, according to the Los Angeles Tourism & Convention Board.

And those figures have attracted hotel developers to downtown and nearby areas as a wave of hotel renovation and construction continues.

The Mayfair hotel on 1256 W. 7th St. unveiled its renovation last month, and Broadway, DTLA Proper Hotel is scheduled to open later this year on Broadway. 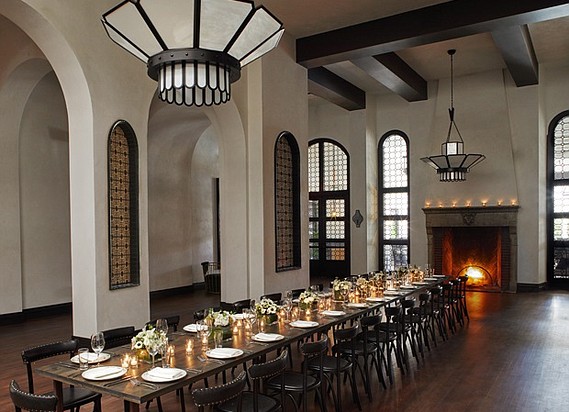 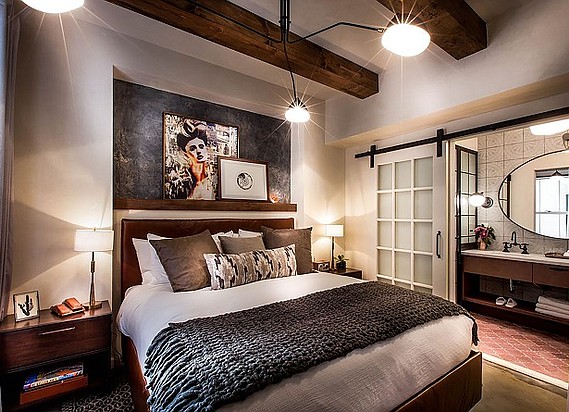 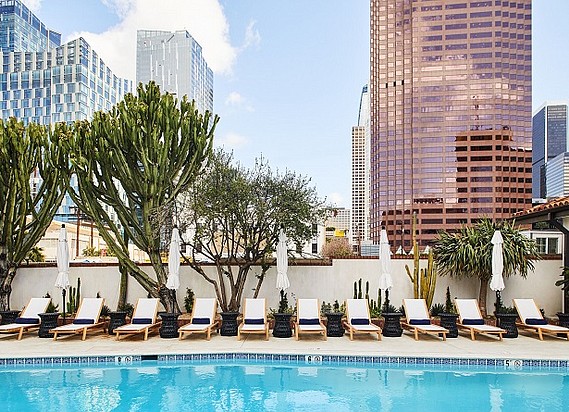 Hotel Figueroa's iconic coffin-shaped pool is located within a garden.