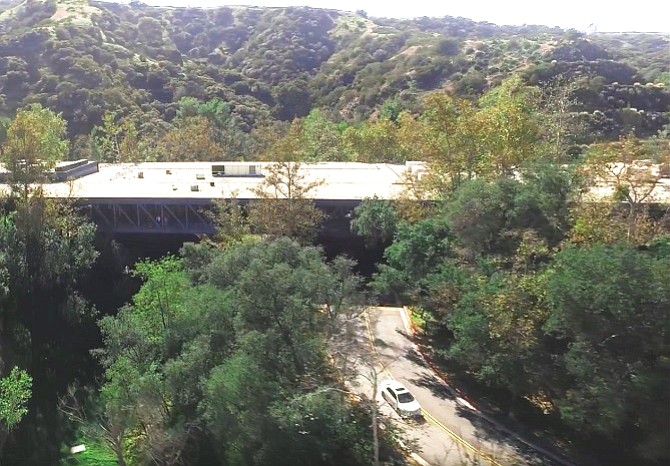 The steel and glass bridge spans an arroyo on the Art Center's hillside campus north of the city center.

The Art Center College of Design announced on Aug. 7 that it completed the sale of $103 million in bonds, of which $42 million will fund the renovation of facilities on its two Pasadena campuses.

Proceeds from the $42 million earmarked for physical improvements will go towards renovating two buildings on the south campus near downtown Pasadena and to renovate a steel and glass bridge spanning an arroyo on its hillside campus north of the city center. Some of the money will also be used to convert part of an old wind tunnel into classroom and design space for the school’s transportation design department.

The remaining $61 million is being used to refinance existing debt.

The bond package, which was issued through the California Educational Facilities Authority, was rated Baa1 from Moody’s Investor Service prior to the bond sale.

The 88-year-old college with 2,100 students, is one of several art and design schools in the region; its specialty has been transportation-related design.

While enrollment at some private colleges and universities has been declining, enrollment at the Art Center has increased steadily in recent years, topping 2,000 for the first time last year.

Last month, the Pasadena City Council approved a master plan that will focus the school’s growth over the next 15 years at its campus south of downtown Pasadena.

That plan calls for up to eight new residential buildings that could house up to 1,500 students, new classroom facilities and a pedestrian bridge, among other improvements.