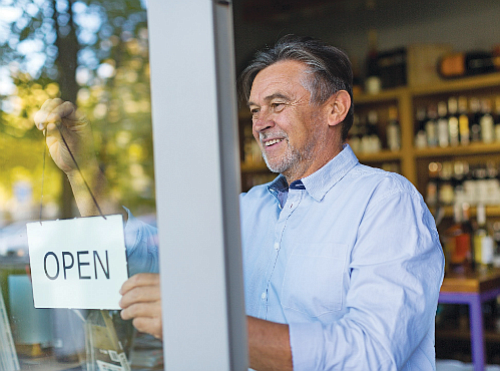 The small business optimism index reached its 16th consecutive month in the top five percent of 45 years of survey readings, according to the NFIB Small Business Economic Trends survey. The 104.7 March reading, down from 107.6 in February, remains among the highest in survey history and for the first time since 1982, taxes received the fewest number of votes as the number one problem. Taxes as the number one problem has declined since November 2017, the month before the tax bill passed, from 22 percent to 13 percent in March.

“It has been a remarkable 16 months for small business optimism,” said NFIB President and CEO Juanita Duggan. “This is the first time in 35 years where the fewest number of small business owners have told us that taxes are their number one business problem. They’ve been so optimistic that they feel confident enough to raise wages and invest in their business, which grows the economy.”

Survey components include a net 20 percent of owners who are planning to create jobs, up two points from last month. Reports of improved earnings trends were the second best since 1987. Twenty-eight percent believe now is a good time to expand, down four points from February but continues a solid reading.

“Although expected sales and expected business conditions posted large declines, it was from historically high levels and this still left the overall Index reading among the 20 best in survey history,” said NFIB Chief Economist Bill Dunkelberg. “Hiring and spending on new buildings and land acquisition remained at strong levels, a good sign of confidence in economic prospects.”

Twenty-six percent plan capital outlays in the next few months, down three points from February. Plans were the most frequent in manufacturing, where there is a demand for productivity-enhancing investments. A seasonally adjusted net eight percent of owners reported higher nominal sales in the past three months.

As reported in NFIB’s Jobs Report on Thursday, labor quality remains as the top issue facing small business owners, with 89 percent of those hiring or trying to hire reporting few or no qualified applicants. Down one point from February, 21 percent selected Finding Qualified Labor as their top business problem, above taxes, weak sales, or the cost of regulations as their top challenge. A net 19 percent reported plans to raise compensation in response to the tight labor market.

“Small businesses have led the economy to what appears to become 12 months of three percent GDP growth,” said NFIB Chief Economist Bill Dunkelberg. “It is evident that the small business sector has responded positively to the current management in Washington and its economic policies.”

Profit trends declined one point to a net negative four percent reporting quarter on quarter profit improvements, one of the best readings in survey history. Reports of earnings gains surged 11 points in January and haven’t gone down since.

Information for this article was provided by the NFIB.