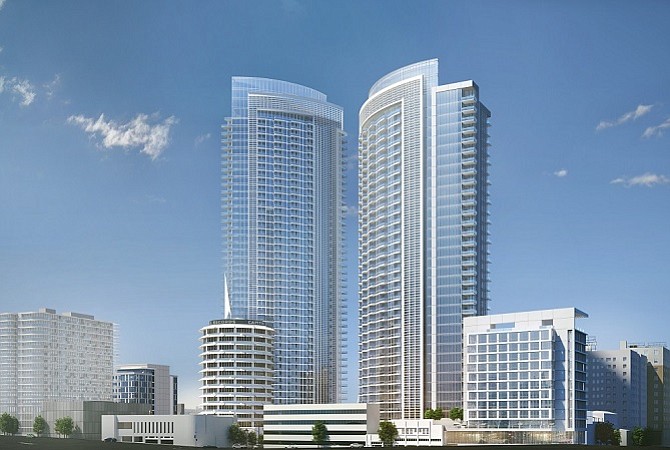 Rendering of the Hollywood Center

Real estate developer Millennium Partners has submitted to the City of Los Angeles plans for Hollywood Center, a $1 billion project comprised of 1,005 units in two high rises above retail and courtyards. 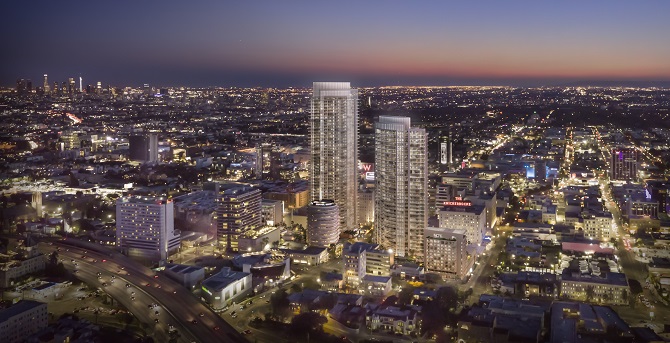 Rendering of the Hollywood Center at night

The current plan calls for towers rising 35 and 46 stories as well as two mid-rise buildings of 11 stories each. There will be 133 units subsidized for extremely-low and very-low income seniors. The property straddles two parcels of land on Vine Street between Hollywood Boulevard and Yucca Street in Hollywood.

Handel Architects designed the project, which also calls for a subterranean parking garage for more than 1,500 vehicles.

The proposal replaces a previous plan for the site called Millennium Hollywood, which would have provided a gym and 100,000 square feet of office space.

The previous proposal was thwarted by a Los Angeles County Superior Court judge who ruled in 2015 that its environmental impact report didn’t fully take into account the impact it would have on surrounding areas.

The property, which is near the Capitol Records building, also was the source of controversy when geologists in 2014 identified a fault running underneath part of it. City officials later held that the fault was inactive.