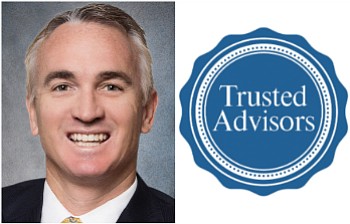 Banks may be one of the most misunderstood institutions in the world, despite being heavily regulated. They advertise terms like “safe and secure,” yet they rank among the most highly leveraged businesses in the world. At its core, every bank has equity capital that functions as a cushion between its assets and liabilities, currently averaging just 13.55% of total assets for U.S. banks.

Unlike an individual, a bank’s loans are its assets and its deposits are its liabilities. Banks lend money to generate interest income; conversely, paying out interest on their deposits. The spread between the two is known as net interest margin (“NIM”) and it’s a key financial metric upon which all banks are measured (FDIC reported in October 2017 the average NIM was 3.65%).

Since the Great Recession, banks have operated in a historically-low interest rate environment. Borrowers have generally benefitted from historically- low rates, while banks have had to pay next to nothing for their deposits. Since the FED has begun raising shortterm borrowing rates, the environment has changed and the yield curve has flattened. Although “flat” yield curves do not last forever, they do create challenges for banks. If longer-term yields do not rise as fast as short-term yields, financial institutions can experience “spread” compression as they pay more for deposits and do not collect an incremental increase on their loans. Couple this with an increase in loan demand as the economy experiences acceleration from tax reform and banks may see their loan-to-deposit ratios rise, putting tremendous emphasis on their liquidity in order to meet their customer’s needs.

As a savvy depositor, you may be looking at your bank statement and wondering where is your bump in interest income now that short-term rates are rising? Please remember, a bank’s cost of funds consist of “core” deposits, which are demand deposit and interest bearing accounts that function as its cheapest funding source. In addition to core deposits, a bank has other borrowings that include a myriad of instruments including, certificates of deposits (CDs), brokered deposits, and loans, which can have durations ranging from overnight to several years.

The easiest way to illustrate the cost of funds concept is a simple bank whose only asset is one loan:

In the scenario to the left, the cost of the sample bank’s deposits are adjusted up by just 0.25% with its cost of capital being held constant. In order for the bank to achieve the same NIM, it would have to raise its lending rate by 0.216% (Loan #2). Since knowledgeable borrowers can shop for loans, this $2,161 per year increase in interest cost may not be accepted in the market. Couple this example with the fact that banks within the United States, on average, earned just 0.95% on assets (Q4 of 2017 according to the St. Louis Fed), cost to funds management is a critical component of bank profitability.

In a flat yield environment, it’s important for banks to have multiple funding sources of interest income. Rest assured, at First Bank, we have multiple interest streams of income, a stable core deposit base, and a large, diverse branch network.

We place tremendous value on our long-term relationship with our clients. This holistic approach gives us the flexibility to price our loans based on the whole relationship, which includes not only deposits, but also treasury and wealth management. As shown, a client’s ability to bring in core deposits can have an impact on the funding curve for that client’s loan.

Armed with this knowledge, be sure to ask your banker the value of your deposits as you may be surprised by the answer! As your trusted advisor, please don’t hesitate to contact me with any questions.

Andrew Zinn possesses over 17 years of lending experience in commercial real estate with the ability to structure and close loans between $2M and $20M. Andrew holds a B.A. Degree in Economics from UC Berkeley and is an honors graduate from Pacific Coast Banking School.