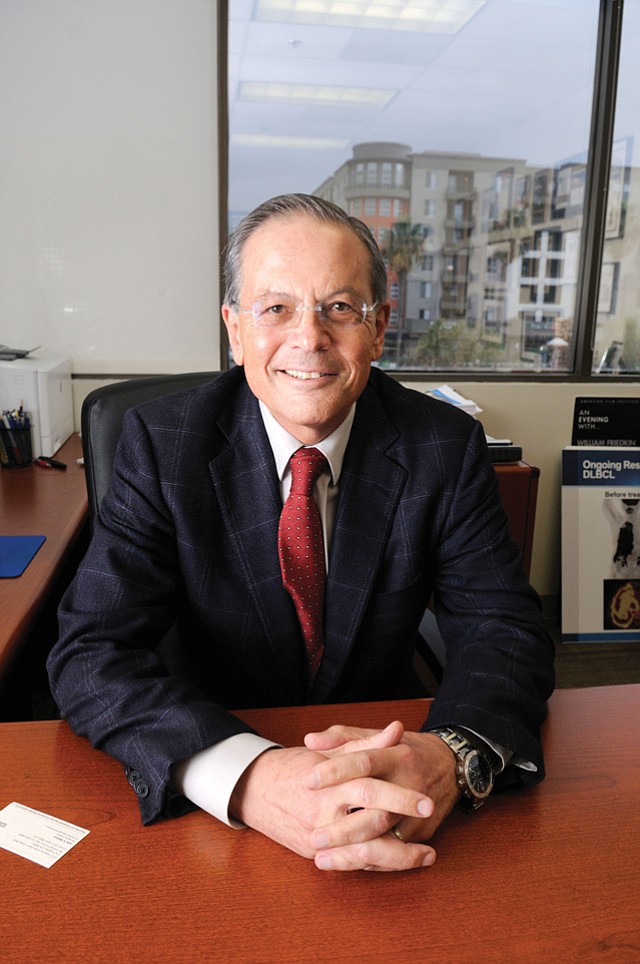 Belldegrun: Joins with Chang on Allogene. Photo by Thomas Wasper

Dr. Arie Belldegrun, co-founder of Santa Monica-based Kite, now called Kite, a Gilead Co., will serve as executive chairman of the new company, Allogene Therapeutics Inc., based in San Francisco. Dr. David Chang a former executive vice president and chief medical officer for Kite is a co-founder and will serve as chief executive.

Both Belldegrun, a resident of Bel-Air, and Chang, of Santa Monica, have ties to UCLA, where they have served as professors.

The newly founded Allogene announced on April 3 that it has struck a deal with New York-based Pfizer to develop an allogeneic CAR-T therapy that would be cheaper than treatments based on a patient’s own white blood cells.

Kite Pharma offers a CAR-T treatment based on altering white blood cells of individual patients. The course of treatment costs $373,000, according to the company.

“Allogene hopes to bring about the next revolution in the field with the successful development of allogeneic cell therapy and the potential for greater and faster patient access,” Belldegrun said in a statement.

The company was founded after Kite was acquired by Gilead Sciences Inc. last summer. Allogene launched with a $300 million Series A financing round from a consortium that includes the University of California’s Office of the Chief Investment Officer.

Other investors include TPG Capital, Vida Ventures and Bellco Capital, which will be represented on the Allogene board. The deal is expected to close by the end of June.

“This is huge, given the amount of money they have raised, and their approach to developing an off-the-shelf CAR-T cell therapy to reduce the cost of treatment,” said Ahmed Enany, chief executive of the Los Angeles-based biotech trade group Southern California Biomedical Council, commenting on the deal.