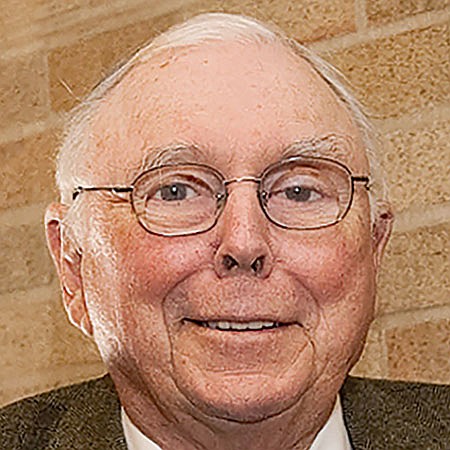 As vice chairman of Berkshire Hathaway, Charlie Munger is Warren Buffett’s right-hand man and investment partner. He is also chairman of Daily Journal Corp., an L.A.-based publisher, and he sits on the board of wholesale retailer Costco. Since 1984, Munger has been chairman and chief executive of Wesco Financial Corp., which is owned by Berkshire Hathaway. An Omaha, Neb., native, Munger attended the University of Michigan but dropped out to serve as a meteorologist in the U.S. Army Air Corps during World War II. He later graduated from Harvard Law School and, in 1959, met Buffett at a dinner party. In 2013, Munger pledged more than $100 million for new graduate residences at the University of Michigan and he has given $265 million to the UC Santa Barbara’s Kavli Institute for Theoretical Physics for a new visitor’s residence.