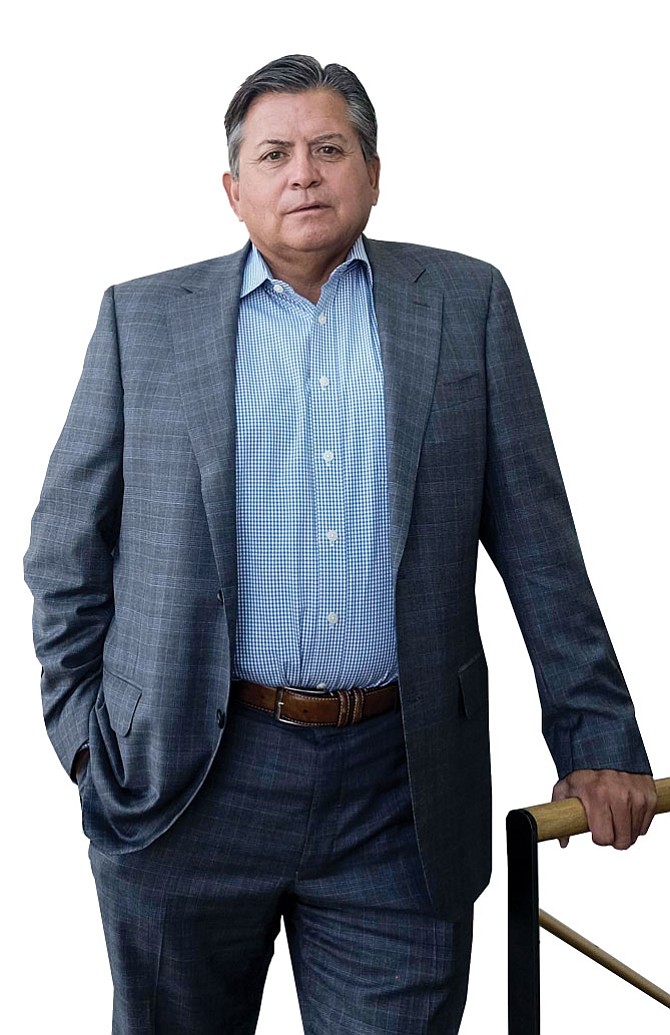 L.A.’s building boom got bigger over the past year, stretching from airport terminals to sports palaces to high-rise commercial and residential developments.

The Delta LAX 2017 project – which involves Delta Air Lines’ renovation and expansion of Los Angeles International Airport terminals 2, 3, 5 and 6 – tops this year’s infrastructure list, coming in at $1.9 billion. It is followed by a lengthening of the Metro subway line from Koreatown to Beverly Hills and Port of Long Beach terminal modernization.

LAX’s Delta terminal project isn’t the airport’s only showing on the infrastructure list. The $1.3 billion LAX Midfield Satellite Concourse North project ranks fourth, a $392 million renovation and enhancement project of United Airlines’ terminals is No. 9 and a $391 million modernization of Southwest Airlines’ terminal is 10th.

“We’re working on what our CEO has called making LAX a gold-standard airport, and we’re trying to improve by leaps and bounds, and this certainly will be a good step in that direction,” Pannunzio said.

The agency is undertaking the construction of the 12-gate Midfield Satellite Concourse North that will be connected to Tom Bradley International Terminal via an underground tunnel with moving sidewalks. The additional gates might help alleviate potential delays as airlines will be able to utilize it if other gates are closed, Pannunzio said.

“We’re having a bit of a gate crunch right now, so 12 additional gates is very important for us to improve the passenger experience,” he said. “It gives us a little more flexibility.”

Second on the infrastructure list is the $1.6 billion Metro Purple Line phase-one subway extension, which is intended to bring the line from the Wilshire Boulevard and Western Avenue station to Wilshire and La Cienega Boulevard by 2023 and ultimately to Westwood by 2024, said Los Angeles County Metropolitan Transportation Authority spokesman Rick Jager.

“It’s going to provide a high-capacity, high-speed and very dependable alternative for communities to travel between downtown Los Angeles and Westwood,” Jager said.

Two other Metro projects also made the top 10. The Crenshaw-LAX Transit Corridor project, which came in sixth on the list, will extend the existing Metro Exposition Line at Crenshaw and Exposition boulevards 8.5 miles to the Metro Green Line. Metro’s Regional Connector project, which is ranked eighth, will be a 1.9-mile underground light-rail system connecting the Gold Line to the Seventh Street station.

“Rail carries a lot more people and it’s very high capacity and high speed,” Jager said. “It serves a lot more people as an efficient, dependable and fast mode of transportation. What this will mean for people over the next five or six years is a vast expansion of the Metro rail system with better connections and more alternatives to get you to where you need to go.”

“When it’s completed in 2020, it will be able to move $3.3 million container units each year,” Peterson said. “That’s more than double the (capacity of) the two terminals it’s replacing. It’s going to have double the capacity with far less pollution emission.”

Tied at No. 4 with LAX’s concourse project at a cost of $1.3 billion is the Alamitos Energy Center natural gas power plant being built in Long Beach.

On the general construction side, the $2.6 billion Rams stadium is followed by the $877 million Metropolis mixed-use project in downtown Los Angeles.

Other downtown projects have the remaining top five spots, with Century Plaza, a three-structure project with two 45-story condo towers, third at $850 million. Fourth on the list is the $814 million Oceanwide Plaza development and 1120 S. Grand Ave. is No. 5 at $750 million.

Ryan Aubry, development director for downtown’s Greenland USA, which is constructing Metropolis, said projects like his are building on the momentum created by real estate efforts in the 2000s.

“In the last decade, a lot of projects got off the ground,” Aubry said. “Obviously, the culmination of that decade is that the units are full, there are more restaurants opening up and that brings the attraction to downtown. Metropolis is a project that has been conceived as a large project for 30 years so it was an opportunity that was available.”

Fewer developments on the scale of Oceanwide Plaza and Metropolis should be expected in the future with less blockwide tracts of land available in downtown, Aubrey said.

“There are not always a lot of opportunities for development of that scale, particularly in the city center,” he said.