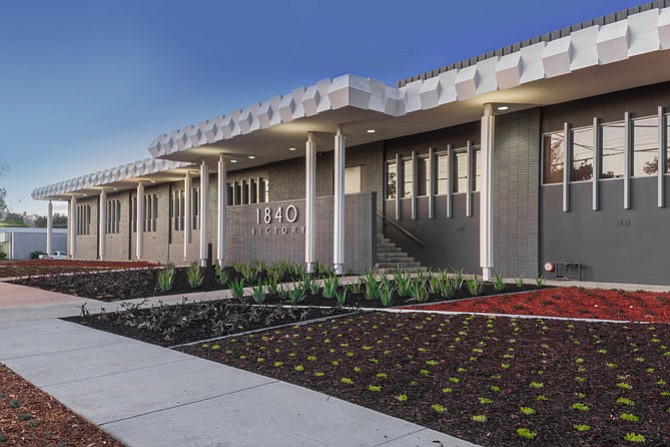 Hileman Cowley Partners has completed the first phase of its rehabilitation of the nearly 40-year-old Vic Studios in Glendale and has begun marketing it for lease.

The Culver City developer, which acquired the 3.2-acre property in March 2016 for $15 million, retained Colliers International to lease the studio, the first time it has come on the market in 20 years. Monthly asking rents are $3.05 a square foot.

“Vic Studios is both a state-of-the-art, content-driven, production facility and a contemporary workplace ideal for creative users of all kinds,” Nico Vilgiate, a Colliers executive vice president, said in a statement.

The two-story building includes two 4,000-square-foot sound stages that can be enlarged to almost 70,000 square feet by expanding the mezzanine.

The property was the birthplace of a long string of hit television shows over the past 20 years, including “The Ellen DeGeneres Show,” “Extra!,” “The Peoples Court,” and others.

Editor's Note: This story has been updated to correct the city where Vic Studios is located and also the date of its last sale.